Kherson teachers do not want to cooperate with the enemy – GUR 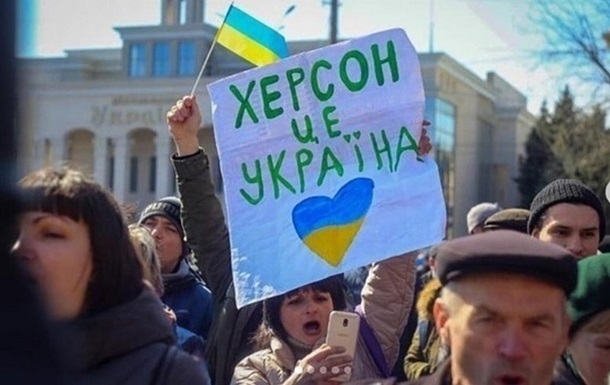 Kherson teachers do not want to cooperate with the enemy

The occupation administration of Kherson held a meeting of directors of local schools, at which a demand was made to start the educational process according to Russian educational programs from September 1.

The occupiers demand that Kherson teachers transfer their education to Russian educational programs, but the Russians do not have much success in this process. About it informs Main Intelligence Directorate of the Ministry of Defense of Ukraine.

“The occupation administration of Kherson held a meeting of directors of local schools, at which a demand was made to start the educational process in Russian educational programs from September 1. Out of about 60 school directors present, only two accepted the proposal. Accordingly, they were instructed to hold a meeting of their teaching teams and force their subordinates to re-register according to Russian legislation by concluding agreements with the occupation administration,” the GUR reported.

It is also reported that a similar meeting was held with employees of the Kherson Directorate of Railway Transportation of Ukrzaliznytsia, but so far there is no information about the success of recruitment among railway workers.

“Representatives of the occupation administration said that the money would be paid only to employees who would cooperate. At the same time, the amount of payments would be half the current salaries of Ukrzaliznytsia. It is obvious that the occupation administration of Kherson does not have sufficient financial resources to ensure the life of the city under occupation. In addition, However, in the short term, the receipt of these financial resources is not planned.

Earlier it was reported that teachers in Energodar, Zaporozhye region, are also in no hurry to cooperate with the occupiers.

The Ministry of Culture will create a council on de-Russification, decommunization and decolonization