A passenger train derailed in Iran. Many dead 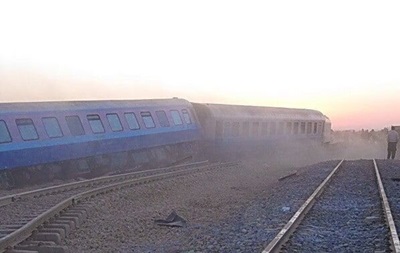 At least 17 passengers died in the accident.

On Wednesday, June 8, at about 5 am, a passenger train derailed in Tehran. This is reported by the Iranian edition isna.ir.

At the time of the accident, there were 420 passengers on the train, traveling from the city of Tebes to Yazd. The crash occurred near the station of the city of Tebes. At least 17 people were killed and more than 50 passengers were injured, five of whom are in serious condition.

According to preliminary data, five wagons derailed. At the moment, a rescue team is trying to bring them back to normal. What exactly caused the accident is still unknown.

Recall that earlier the accident on the railway happened in Germany, near the German resort town of Garmisch-Partenkirchen. Two citizens of Ukraine died in it.

Russia hands over 210 bodies of Mariupol defenders to Ukraine

The national team of Ukraine tested the lawn in Dublin