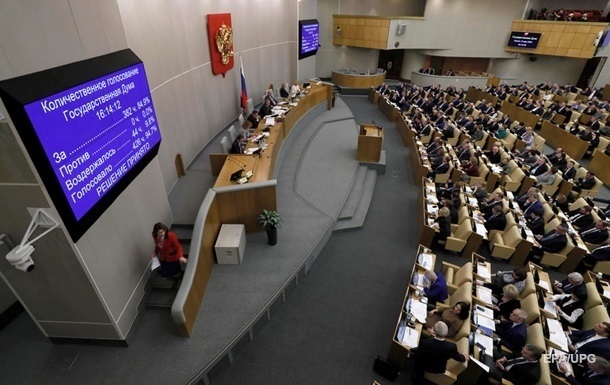 Another scandalous bill was submitted to the Russian State Duma

Registered in the Russian State Duma bill on the revocation of the recognition of the independence of Lithuania. This became known on Wednesday, June 8.

This bill was registered by a deputy from the pro-government United Russia Evgeny Fedorov. He proposed to cancel the resolution of the State Council of the USSR On the recognition of the independence of the Republic of Lithuania of September 6, 1991. The deputy claims that according to the amendments to the Constitution of the Russian Federation, declaring the succession of Russia after the USSR, the former can cancel the legal acts of an already non-existent state.

As you know, Lithuania was the first union republic to proclaim independence. The Act on the Restoration of Independence was adopted on March 11, 1990.

Earlier, a draft law on the creation of administrations outside the Russian Federation was submitted to the State Duma. This initiative will allow the Russian occupiers to organize temporary authorities in the occupied territories of Ukraine.

Canada has introduced a package of sanctions against Russian industry

Kalinina will be seeded at Wimbledon