In Odessa, a local resident-FSB agent will be judged 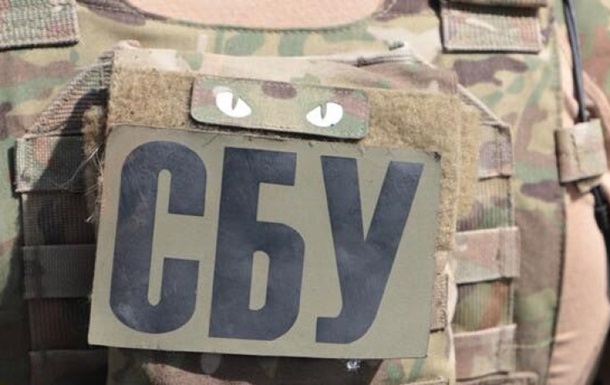 SBU detained a traitor in Odessa

The accused personally traveled around the area in the region, made photo and video recording of the location of checkpoints, the number and weapons of the personnel of the Armed Forces of Ukraine.

SBU investigators, under the procedural guidance of the Odessa Regional Prosecutor’s Office, completed a pre-trial investigation into the case against an Odessite recruited by the FSB of the Russian Federation, who transferred information about the protective weapons of the regional center to the enemy. About this on Tuesday, June 7, informed press service of the regional department of the SBU.

As indicated, the attacker was detained in March.

“According to the investigation, a resident of Odessa was recruited by the FSB during his stay in the temporarily occupied territory of the Autonomous Republic of Crimea. On the instructions of a foreign intelligence service, he collected data on the coordinates of checkpoints, the number of personnel, and available weapons and transferred them to the invaders via Telegram,” the report says.

The indictment under part 1 of article 111 (high treason) and part 1 of article 263 (illegal handling of weapons, ammunition or explosives) of the Criminal Code was sent to court. Odesa faces up to 15 years in prison.

At the same time, the prosecutor’s office clarifiedthat the detained man voluntarily agreed to cooperate with representatives of the FSB.

“The attacker received the first task last year. He received information and photos about the course of the joint military exercises between NATO and Ukraine Sea Breeze and sent them to his Russian curators,” the prosecutors said.

After the start of the war, the accused personally traveled around the area in Odessa and the region, made photo and video recording of checkpoints and personnel of the Armed Forces of Ukraine, law enforcement agencies and territorial defense.

The man was detained while performing the next task of the enemy, he is in custody.

During a search at the defendant’s place of residence, law enforcement officers seized firearms and ammunition, including a Kalashnikov assault rifle, a Makarov pistol, more than 1,100 military intermediate cartridges, and the body of an RG-42 hand fragmentation grenade; two cases of F-1 fragmentation grenades; three fuses UZRGM and more.

Recall, the day before, the Cyber ​​Department of the Security Service exposed the agent of the Russian Federation, who created 20 pro-Russian Internet media in Ukraine.

Results of 07.06: Response to Macron and withdrawal of troops