Results of 07.06: Response to Macron and withdrawal of troops 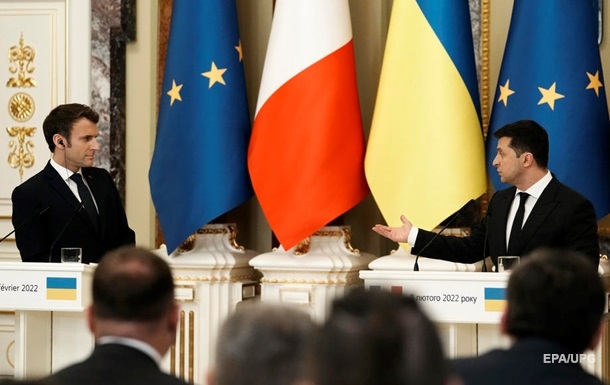 The President of Ukraine responded to the call of his French colleague not to humiliate Russia; the occupying troops began to withdraw from the Zaporozhye region. Perild.com highlights the main events of yesterday.

President of Ukraine Volodymyr Zelensky, in response to the call of French leader Emmanuel Macron “not to humiliate Russia in order to preserve diplomatic channels,” said that Ukraine is not going to humiliate anyone. Since Russian troops have been killing Ukrainians for eight years, Ukraine will respond with the same tool, he assured.

The head of the Zaporizhzhia OVA Alexander Starukh said that Russia was withdrawing troops from the Melitopol and part of the Vasilyevsky districts of the Zaporozhye region towards Kherson. Analysts name two possible reasons for such steps of the occupiers – the strengthening of Russian defense in the north-west of the Kherson region or the sending of troops to the rear for restoration.


Ukrainian authorities have begun preparations for the heating season 2022-2023

President Volodymyr Zelensky said that due to the war unleashed by Russia, Ukraine is facing the most difficult winter in all the years of independence, in connection with which the authorities created a headquarters to prepare for the next heating season. The first decisions were to stop the export of gas and coal and freeze the prices of tariffs.

The Ukrainian Foreign Ministry said that official Kyiv, together with the UN, is making every effort to unblock Ukrainian seaports in order to prevent a global food crisis. At the same time, Ukraine requested guarantees in the form of anti-ship weapons and the involvement of the naval forces of third countries to patrol the corresponding part of the Black Sea.


World Bank approves allocation of another $1.5 billion to Ukraine

The World Bank Executive Board has approved additional funding for Ukraine in the amount of $1.49 billion. This assistance is supported by financial guarantees from the UK, the Netherlands, Lithuania and Latvia. The funds will be used to pay wages to state and social workers.


The dates of the “referendum” in the Kherson region became known

The head of the Kherson OVA, Gennady Laguta, said that a meeting of the occupiers was held in the building of the Kherson ODA, in which about 70 people and a representative of the Russian Federation took part. As a result of the meeting, it was decided to prepare a “referendum” on the inclusion of the region into Russia by the autumn.

Since the start of Russia’s full-scale invasion of Ukraine, 263 children have died and more than 467 have been injured. Children suffered the most in Donetsk (190), Kyiv (116) and Kharkov (112) regions. Due to the bombing and shelling of Ukrainian cities and villages by the invaders, 1940 educational institutions were damaged, 184 of them were completely destroyed.


In May, Ukraine’s international reserves decreased by 7%

Over the past month, Ukraine’s international reserves decreased by 7% – from $26.945 billion to $25.1 billion, primarily due to the sale of foreign currency on the interbank market, which was partially offset by funding from international securities. The dynamics of reserves in May was also affected by operations to manage public debt.

From February 24 to June 7, the total losses of personnel of Russian troops on the territory of Ukraine amounted to approximately 31,360 people (+110 per day). In addition, the Armed Forces of Ukraine destroyed more than nine thousand pieces of enemy military equipment.