The Court of Appeal banned the activities of the Opposition Bloc 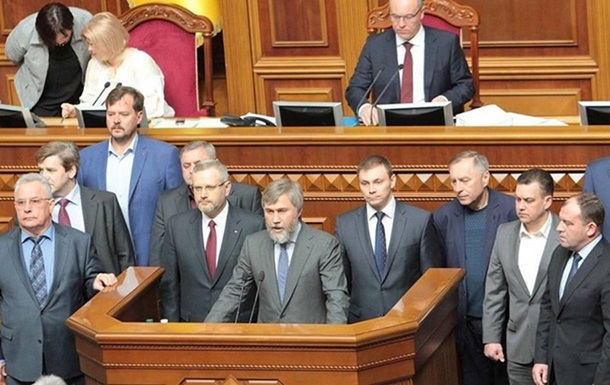 The court banned the activities of the Opposition Bloc

The Eighth Administrative Court of Appeal banned the functioning of the pro-Russian political party Opposition Bloc in Ukraine, but the decision can be challenged in the Supreme Court.

The Eighth Administrative Court of Appeal banned the functioning of the pro-Russian political party Opposition Bloc in Ukraine. About this informs movement HONESTLY.

It is noted that journalists were not allowed into the courtroom, although the trial was open.
People’s Deputy from the Servant of the People Party Olga Sovgirya confirmed the court’s decision.

“The first one went! According to the law on the ban on pro-Russian political parties, the activities of the Opposition Bloc political party are banned,” Sovgirya wrote on her Telegram channel.
The court also transferred the property of the party to the state. It is reported that the decision of the Court of Appeal can be challenged in the Supreme Court.

The very next day, a bill was registered to ban pro-Russian parties. The Verkhovna Rada adopted this document on May 3. 330 people’s deputies voted for the corresponding decision, including 17 people from the ex-OPLE.

And on May 14, President Volodymyr Zelensky signed a law banning pro-Russian parties in Ukraine. The document entered into force the next day.

The infrastructure of the Luhansk region is completely destroyed - OVA