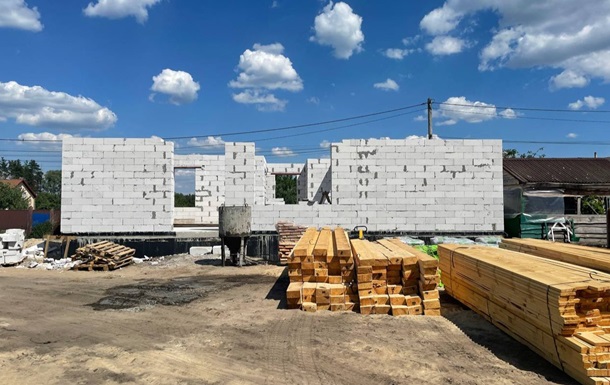 In Dmitrovka, at the expense of patrons, the first five houses are being built as part of a pilot project, the head of the Kyiv OVA reports

In the Kyiv region, at the expense of patrons, the first houses are being built for people whose houses were destroyed by the Russian troops. About it informs Nighttime Kyiv.

It is reported that construction is taking place in Dmitrovka, where the first five houses are being built as part of a pilot project. According to the head of the Kyiv Regional State Administration Oleksiy Kuleba, it is planned to build 15 such houses in total.

Families will receive free new housing instead of completely destroyed during the hostilities.
Kuleba stressed that the active stage of construction will be completed in two weeks.

“To date, we have almost 45,000 applications submitted through Diya from residents of the Kiev region for compensation for destroyed and damaged property,” said Oleksiy Kuleba.

We will remind, between Kyiv and Irpen plan to build a trolleybus line.

Security measures will be strengthened at the Kievsky railway station