The Russian Federation conducts a rotation in the occupation authorities 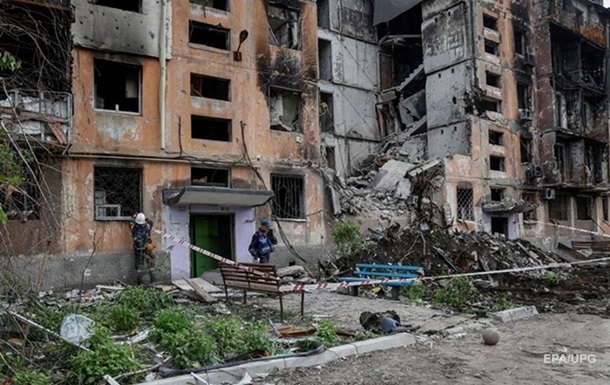 In the occupied Donbas, a new head of the occupying government, Russian Vitaly Khotsenko, has been appointed. This is the first direct appointment from Russia to the probationary authorities of another state, according to an adviser to the mayor of Mariupol.

The leadership of the occupied areas of Donbass is transferred from local collaborators under the direct control of the Russians. About it informs Advisor to the Mayor of Mariupol Petr Andryushchenko.

“There is a rotation in the occupation authorities of the Donetsk region. A new head of the government of the occupiers, Russian Vitaly Khotsenko, has been appointed. For the first time, a direct appointment from Russia to the conditional authorities of another state. But the picture will not be complete unless we add that the rotation of the government of the occupiers took place simultaneously with the visit of the first deputy administration of Russian President Sergei Kiriyenko, who accordingly delivered the order and supervised its execution,” writes Andryushchenko.

According to Andryushchenko, Mariupol was visited by the so-called head of the DPR and a representative of the Russian Federation,

“Then there was a visit of Pushilin and Kiriyenko to Marupol. From the important point – neither the escort nor the participation of local collaborators or curators from Russia of Sablin and company. Moreover, the center of the security perimeter with the concentration of policemen and the MGB / FSB will be arranged in Novoazovsk, where the Kadyrovtsy corps settled controlling Mariupol and the region,” Andryushchenko said.

The current situation led the mayor’s adviser to think about accelerating the integration of the occupied territories into the Russian Federation.

“What does this mean? Firstly, all collaborators go to waste, and power is transferred to the Russians directly (hello, Ivashchenko, it’s not too late to surrender to Ukraine. At least you save your life). Secondly, the scenario of controlling Mariupol through marginalization and banditry comes into play. Well, and most importantly. No referendums. No buckwheat. Direct integration into Russia is gaining momentum,” the mayor’s adviser states.

Earlier it was reported that the invaders are tightening the regime in the city.

174.8 million trees were planted during the year of the Green Country program