In the Kherson region, the invaders were blown up by old mines – GUR 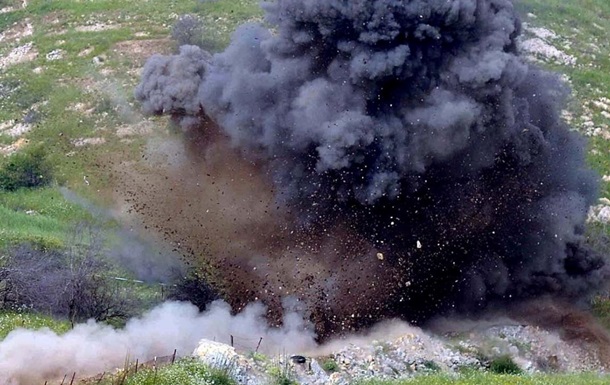 Photo: Main Intelligence Directorate of the Ministry of Defense of Ukraine

The command classifies these incidents as accidents. Therefore, the families of the occupying sappers will not receive any compensation for their deaths.

The Russian invaders in the Kherson region are trying to build additional defense lines and mine the territory with ammunition made back in the 50s of the last century. About it informs The Main Intelligence Directorate of the Ministry of Defense of Ukraine on Thursday, June 9.

Intelligence officials recalled that as a result of a successful counter-offensive by Ukrainian soldiers in the Kherson direction, the enemy suffered losses in equipment and manpower. It was possible to liberate part of the territories temporarily occupied by the Russian troops.

In turn, the enemy is trying to stop the counteroffensive, urgently constructing additional lines of defense, engineering barriers, and also mines the territory.

According to intelligence, for mining, the troops of the aggressor country use Soviet-made mines, which are subject to disposal.

“Recently, a convoy of Russian military trucks with Soviet mines, manufactured in the 50s of the last century, arrived in the occupied Kherson region. The ammunition was stored in warehouses in the Rostov region and was prepared for destruction. Having appropriated funds for disposal, the Russian command transferred the dangerous cargo to the advanced units of the invaders for mining defensive positions,” the report said.

At the same time, the invaders themselves are undermined by old ammunition when they try to install minefields. According to intelligence information, several sappers from the battalion-tactical group of the 7th military base of the 49th combined-arms army of the southern military district of the Russian Federation have already been blown up in this way.

The command of the specified BTG agreed with the FSB and the Russian military police to classify these incidents as accidents. Therefore, the families of sappers-occupiers will not receive any compensation from the Russian Federation for their death.

Recall that the Armed Forces of Ukraine are already under the occupied Kherson. The roar of battles is heard in the regional center. Aleksey Arestovich, adviser to the head of the Office of President Volodymyr Zelensky, spoke about this.

A conscript from Stavropol is accused of "discrediting" the army: he decided to do an alternative service instead of an urgent one