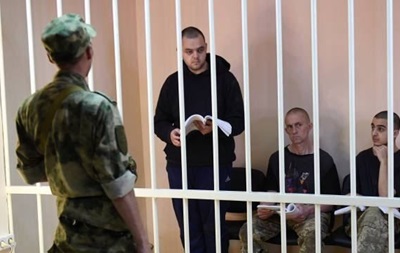 Photo: resources of the occupiers

According to the Geneva Convention, the military of the Armed Forces of Ukraine cannot be executed

Britons Sean Pinner and Aiden Aslin, as well as Moroccan Brahim Saadoun, were “sentenced” to death.

The so-called “court” in Donetsk announced on Thursday, June 9, the imposition of the death penalty on foreign volunteers who fought in the ranks of the Armed Forces of Ukraine, Russian media reported.

“Sentences” were handed down to the British Sean Pinner and Aiden Aslin, as well as the Moroccan Brahim Saadoun.

Russian media claim that the fighters allegedly “confessed” themselves guilty of “actions aimed at the forcible seizure of power.”

Aslin was also accused of “undertaking training for the purpose of carrying out terrorist activities.”