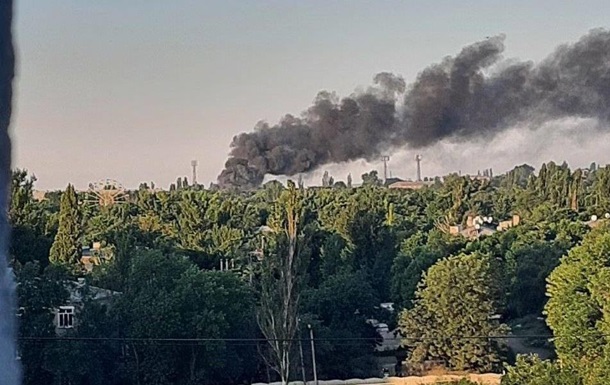 Smoke from the strike on Stakhanov

The stadium where the militants were stationed is burning in the city. According to Roman Bochkala, one person survived.

The city of Stakhanov in the “LPR” was struck. Ukrainian journalist Roman Bochkala reported this on June 9 on Telegram.

“The stadium in Stakhanov (decommunized name – Kadievka) is on fire, where the PMC base was located Wagner. According to preliminary information, one survivor,” he wrote.

As stated in the “LPR”, 16 shells were fired at the city. The place of their fall is not specified.

Earlier it was reported that the Ukrainian military destroyed a group of PMC mercenaries League near Popasna.

Zelensky urged to ensure the defeat of tyranny