TV disappeared in Kharkiv due to shelling 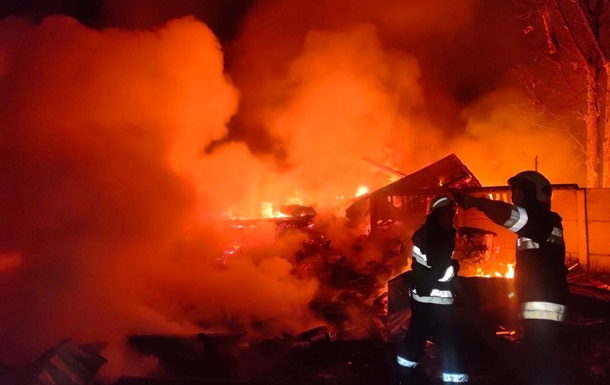 Large-scale fires broke out in Kharkiv region due to shelling

The occupiers covered Kharkiv with powerful fire the night before. The largest fires in the city and region occurred after 23:00.

The night before, on June 8, the Russian invaders once again shelled Kharkov. As a result, television disappeared from the city. About it informed Member of the Board of the National Public Television and Radio Company of Ukraine Dmitry Khorkin.

On his Facebook page, he left a short message stating that there is temporarily no on-air television broadcasting in Kharkiv. At the same time, Kharkiv residents can learn information by radio, at frequencies of 106.1 and 91.6 MHz.

In general, during the day on June 8, Kharkiv region rescuers made 34 operational trips, 27 of them to eliminate fires, of which 16 were as a result of shelling. About it report in the Main Directorate of the State Emergency Service of the Kharkiv region.

All fires that occurred due to shelling were recorded in the Novobavarsky district of Kharkov, as well as Chuguevsky, Izyumsky, Bogodukhovsky and Kharkovsky districts of the region. So, residential buildings, outbuildings, a workshop, a hayloft, warehouse buildings, garages and cars, a cafe building, a shop, a school library, as well as coniferous forests were damaged at the scene.

The largest fires as a result of regular shelling occurred in the Novobavarsky district of Kharkov around 23:00. The fire broke out in the buildings of a cafe, a grocery store and a school library. In addition, the school building received partial damage. Thus, the total area of ​​all fires was about 500 square meters. meters.

50 people of the State Emergency Service personnel worked at the scene of the incident, as well as nine units of fire and rescue equipment were involved. Already at 03:10 these fires were eliminated. According to preliminary data, four people were injured and two died. The final information is currently being clarified.

Recall that it was restless in the past day in the Lugansk region. There, the enemy shelled more than 10 settlements. There are dead and wounded among the civilian population.

In Ukraine, nine servicemen from Tuva were accused of killing civilians