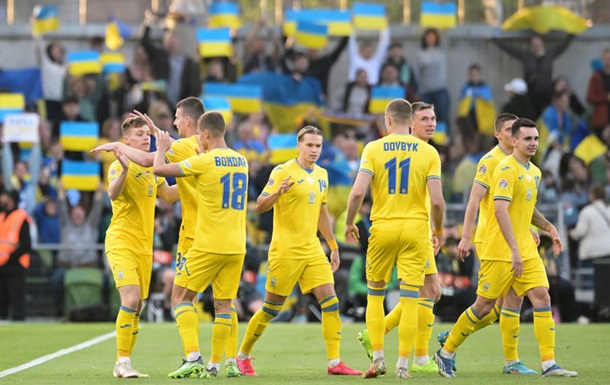 The victory for the national team was brought by an accurate free-kick by Viktor Tsygankov.

The national team of Ukraine successfully started in the League of Nations. Petrakov’s wards defeated Ireland on the road. Victory for the national team was brought by a goal scored at the beginning of the second half from a free-kick by Dynamo Kyiv midfielder Viktor Tsygankov.

Note that the coaching staff put up a completely new line-up for this fight. Of the players who took part in the qualifying matches for the 2022 World Cup, only Vitaliy Mykolenko came out at the start.

The Ukrainian national team will play its next match in the Nations League the day after tomorrow, June 11. The Blue-Yellows will host the Armenian team. The fight starts at 16:00 Kyiv time. It should be noted that Ukrainians will play all home matches during the war in Poland.


The League of nations. League B. Group 1