Warehouse of the Zagorsk optical-mechanical plant burned near Moscow 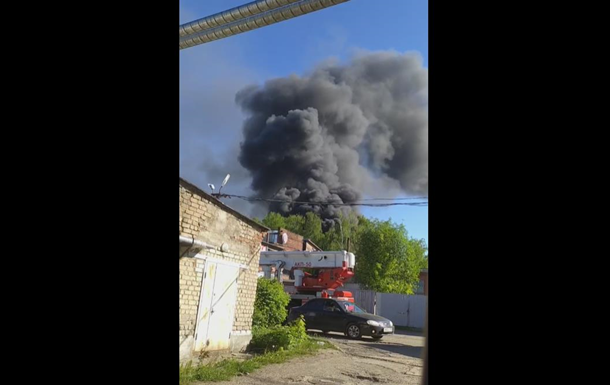 In the city of Sergiev Posad near Moscow, a warehouse of the Zagorsk optical-mechanical plant caught fire

This enterprise produces military optics for the Russian army – from binoculars to optical sights.

In Sergiev Posad, near Moscow, a warehouse of the Zagorsk Optical and Mechanical Plant was on fire. Footage from the scene of the fire on Wednesday, June 8, eyewitnesses posted on Twitter.

They noted that the roof of the building was on fire in a matter of minutes. According to preliminary information, the flames engulfed warehouses next to the administrative building.

In Sergiev Posad, near Moscow, someone unsuccessfully smoked in the warehouse of the Zagorsk Optical and Mechanical Plant. pic.twitter.com/9jxLx8l9JK

The footage shows a column of thick black smoke rising into the sky. Flames that engulfed one of the buildings are also visible.

The local division of the Ministry of Emergency Situations of the Russian Federation reported that 15 people and four pieces of equipment were involved in extinguishing the fire.

At first it was reported that the fire area was only 30 “squares”, but the fire spread very quickly throughout the territory, covering 700 square meters. meters of area.

The design features of the roof of the building, the presence of under-roof space and insulation made it difficult to extinguish.

In the evening the fire was localized. There is also no information on fire damage. No casualties have been reported yet.