In Kherson, only two schools switched to the curriculum of the Russian Federation 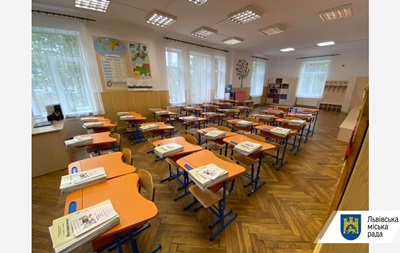 In Kherson, teachers do not want to cooperate with the occupiers

The occupying “authorities” are trying in every possible way to impose their policy, erase the identity of Ukraine, abolish culture, destroy the most active and re-educate the rest.

Only two out of 60 school principals in the temporarily occupied Kherson agreed to the demands of the Russian invaders to switch to Russian curricula. This is reported Ukrinform.

As the permanent representative of Ukraine to international organizations in Vienna Yevgeny Tsymbalyuk said at a meeting of the OSCE Permanent Council on Thursday in Vienna, the invaders are demanding that Kherson schools switch to Russian curricula.

“And this is happening against the backdrop of public discussions in Russia about plans to erase the identity of Ukraine, abolish culture, destroy the most active and re-educate the rest. I must say that, according to Ukrainian intelligence, only two of the 60 school directors agreed to cooperate,” Tsymbalyuk said. .

He noted that Russia openly threatens to annex the Kherson and Zaporozhye regions before autumn, and for this purpose the occupiers are using their traditional scenario, related, in particular, to the information blockade, forced passportization, the introduction of the ruble zone, and so on.

At the same time, meeting with strong Ukrainian resistance, Russian troops terrorize the local population. About 600 people were illegally detained in the Kherson region.

“Some of them are experiencing inhuman conditions and torture. Some were taken to the occupied Crimea,” the head of the Ukrainian mission to the OSCE added.

Let us recall that earlier it was reported that the Kherson occupation administration held a meeting of directors of local schools, at which a demand was made to start the educational process on Russian educational programs from September 1.

The Seversky Donets prevents the invaders from capturing Slavyansk - ISW