In the south, the Armed Forces of Ukraine destroyed the crossing and warehouses of the occupiers 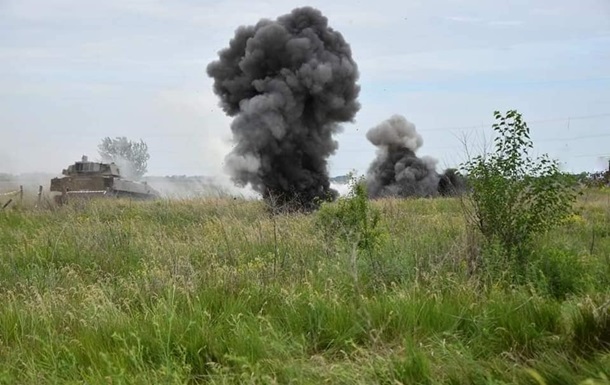 Ukrainian soldiers attack the enemy in the Kherson region

The defenders broke, in particular, three ammunition depots and two depots of fuel and lubricants.

In the Kherson region, Ukrainian aviation on Thursday, June 9, attacked a stronghold, a pontoon crossing and field depots of Russian troops in five different settlements in the region. This is stated in summary Operational Command South.

As indicated, the defenders destroyed, in particular, three ammunition depots and two depots of fuel and lubricants.

As a result of air strikes and rocket-artillery fire of the Armed Forces of Ukraine in places of accumulation of equipment and invaders, 33 Russian soldiers, a Grad multiple launch rocket system, and several armored vehicles were destroyed.

The remaining losses are set.

Earlier, Aleksey Arestovich, adviser to the head of the President’s Office, said that the Armed Forces of Ukraine were already under Kherson, which had been captured by Russian occupiers. The roar of fighting is heard in the regional center.


In the Kherson region, the invaders were blown up by old mines – GUR

In the south, the defenders destroyed the crossing and warehouses of the invaders

Results of 09.06: Losses of the Armed Forces of Ukraine and assistance from the States