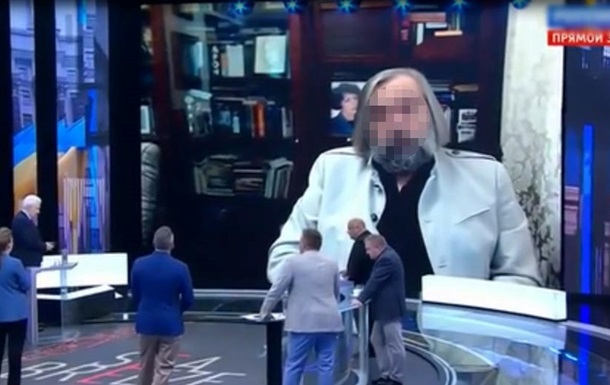 A well-known political strategist was suspected in absentia

According to the investigation, the suspect, being a citizen of Ukraine, for several years assisted the Russian Federation in carrying out subversive activities against our country.

This became possible immediately after the conclusion of a comprehensive forensic psychological and linguistic examination, which analyzed the array of evidence collected by the Security Service, reported in the press service of the SBU.

So, according to the conclusion, the statements and activities of the political strategist were aimed at damaging the sovereignty, territorial integrity and inviolability of Ukraine. In particular, as a result of searches, SBU officers confiscated things and documents from the suspect confirming his ties with the Russian Federation. Among them – analytical materials on the denazification and demilitarization of Ukraine. A set of measures is now underway to confirm the possible use of these and other materials in planning a full-scale Russian invasion of Ukraine.

It was also established that the person involved was connected with the special services of the aggressor country, who acted in Ukraine under the guise of diplomatic posts. He often participated as an “expert” in propaganda programs, talk shows on Russian television and led a group of political technologists and political experts who systematically prepared analytical notes on the socio-political situation in Ukraine and provided proposals for strengthening Russian influence in society.

During 2021, the political strategist took part in dozens of propaganda programs on Russian television, the recordings of which are freely available on the Internet.

At present, he has been informed in absentia of suspicion under Part 1 of Art. 111 of the Criminal Code of Ukraine (high treason). A complex of procedural measures is being carried out to bring this person to justice.

Neither the Prosecutor General’s Office nor the SBU names the suspect, but judging by the photo, this is Mikhail Pogrebinsky, the founder and head of the Kyiv Center for Political Studies and Conflictology, whose experts are actively spreading pro-Russian messages in Ukraine and promoting Viktor Medvedchuk.

Since the beginning of Russia’s military invasion of Ukraine, on March 26, law enforcement officers have searched Pogrebinsky’s apartment in Kyiv. The investigators said that the Kyiv Center for Political Studies and Conflictology, which he heads, constantly studied the mood of the Ukrainian society, and the information received was transferred to the Russian leadership for planning policy on Ukraine. During a search at Pogrebinsky’s, the results of polls were found, where “supposedly 46% of Ukrainians support Russian President Vladimir Putin.” On the fact of the searches, a case was initiated under Art. 111 (“high treason”) and Art. 191 (“appropriation, embezzlement of property or taking possession of it by abuse of official position”) of the Criminal Code. And on April 7, it became known that Pogrebinsky left Ukraine and went to Germany.

Recall On the evening of April 12, Vladimir Zelensky announced that The SBU detained Medvedchuk when trying to escape abroad. Later he spoke about the role of former President Petro Poroshenko in the withdrawal of the Samara-Western direction oil pipeline from state property and the purchase of coal from the separatists.


Lychakivsky District Court of Lviv on the proposal of the State Bureau of Investigation and the Office of the Prosecutor General arrested 154 objects of movable and immovable property Viktor Medvedchuk and his wife Oksana Marchenko.

Investigators of the State Bureau of Investigation have completed a pre-trial investigation into criminal proceedings on suspicion of Viktor Medvedchuk. He faces 15 years in prison with confiscation of property.

The invaders destroyed the Ice Stadium in Severodonetsk