New curator. Who controls the occupation from the Kremlin 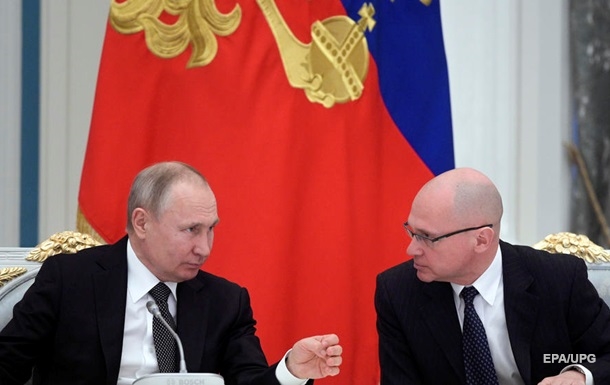 Putin and his new favorite Kiriyenko

The first deputy head of the presidential administration of Russia, Sergei Kiriyenko, is called the new curator of the Ukrainian territories occupied by the Russian Federation.

Vladimir Putin has already begun to publicly compare himself with Peter I and talk about “gathering Russian lands.” The first deputy head of the Presidential Administration of the Russian Federation, Sergei Kiriyenko, who frequented the Donbass and the occupied regions of Zaporozhye and Kherson regions, Sergey Kiriyenko, was called to arrange this collection for him.


From domestic politics to Donbass

Kiriyenko, First Deputy of the Presidential Administration of Russia, is responsible for domestic politics – elections, parties, youth movements, etc. After the outbreak of the war, Kiriyenko became one of those who are actively involved in Ukraine. It was he who promulgated the idea of ​​”patronage” of the Russian regions over the occupied regions.

The day before, Meduza published an investigation, the main idea of ​​which is that during the war Kiriyenko got into Putin’s inner circle and is preparing the annexation of Donbass to Russia.

The publication claims that now Kiriyenko oversees the self-proclaimed DPR and LPR, as well as the territories of the Kherson and Zaporozhye regions of Ukraine occupied by Russian troops.


Change of power in the occupation

In the so-called “DPR”, under the leadership of Kiriyenko, the “government” was changed. Vitaly Khotsenko, who until now was a high-ranking official in one of the Russian ministries, has been appointed as the new prime minister of the self-proclaimed “DNR”.

Khotsenko is a native of Dnepropetrovsk, but he built his career in Russia. After graduating from the Faculty of Sociology of Moscow State University, he worked for some time in the Yamalo-Nenets Autonomous Okrug.

In 2013, he was appointed Minister of Energy, Industry and Communications of the Stavropol Territory. In 2019 – Director of the Department of Industrial Policy and Project Management of the Ministry of Industry and Trade of Russia.

Khotsenko is also a graduate of the “School of Governors” and a finalist of the “Leaders of Russia” contest in 2018-2019.

This competition is one of Kiriyenko’s main projects. The appointment of Khotsenko and the change of “government” in the “DPR” took place just at the time when Kiriyenko arrived there on another business trip.

On Wednesday evening, it became known that Yevgeny Solntsev, who was an assistant to the Minister of Construction of Russia, and before that he worked at Russian Railways, became the deputy head of the “government of the DNR”. Alexander Kostomarov was appointed deputy head of the “administration of the head of the DPR” – he held the posts of vice-governor, first in the Lipetsk and then in the Ulyanovsk region. Both in Lipetsk and Ulyanovsk, Kostomarov oversaw political issues. Prior to Khotsenko, high-ranking Russian officials did not hold positions in the governments of the “republics” at all.

In the neighboring self-proclaimed Luhansk People’s Republic, the day before they said that “rumors of an expected change of government are not true,” but on Thursday it was announced the appointment of the “Deputy Prime Minister of the LNR” of the former vice-governor of the Kurgan region Vladislav Kuznetsov.


Will there be referendums?

Now the so-called “referendums” on joining Russia are expected in the occupation areas.

According to Ukrainian human rights activist Pavel Lisnyansky, who has been dealing with the issue of Donbass since 2014, the referendum is planned to be synchronous, and in ORDLO, and in the southern part of Ukraine, captured by the Russians, it was supposedly planned for September 11: “They are now preparing a procedure to apply remote electronic voting , which requires a phone number. If people don’t come, it will be a fiasco.”

To prevent a fiasco from happening, Kiriyenko was appointed, says Alexei Yozh, an expert on regional security at the National Institute for Strategic Studies, because the Russian Federation faced management problems both in ORDLO and in the territories seized after February 24. In the Kherson and Zaporozhye regions, problems, in particular, arose due to a different administrative management in Ukraine and the decentralization of power. And the expert calls Kiriyenko the main one from the project of creating a system of civil administration.

Zelensky reacted to the death sentences for the British in ORDLO