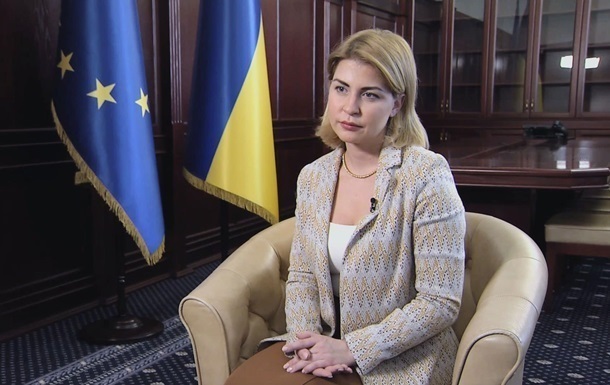 Ukraine during the war has demonstrated compliance with the Copenhagen criteria for membership in the European Union.

Vice Prime Minister for European and Euro-Atlantic Integration Olha Stefanyshina told how Kyiv will react to the EU’s refusal to grant candidate status for Ukraine’s membership. About this on Friday, June 10, she stated during a discussion organized by the Kyiv Security Forum.

She noted that European leaders should be aware that there will be no next historical moment when there will be such a mobilization of their society and parliaments in support of Ukraine.

“I believe that any decisions other than granting Ukraine the status of a candidate will first weaken the European leaders and our desire, the faith of the Ukrainian people in the European project as such. Therefore, the decision will disappoint us,” Stefanyshina said.

At the same time, Ukraine will not abandon European integration, she stressed.

Stefanyshina also said that some member states of the European Union, instead of granting Ukraine the status of a candidate for membership at the EU summit at the end of June, want to limit themselves to recognizing the “European perspective.”

“For any solution other than granting Ukraine candidate status, we can do nothing. We can sit back and fill out the questionnaire and do nothing. But until the last minute, until the summit is over, we will fight for this solution, because it is important not only for Ukraine, but for the whole of Europe,” Stefanyshina stressed.

Recall, Ukraine expects to receive the status of a candidate for EU membership at the summit of EU leaders on June 23-24.

According to sources, the EU has prepared a “positive” and “negative” decision on the candidate’s status for Ukraine.

Earlier it was reported that the Netherlands and Denmark oppose granting Ukraine the status of a candidate member of the European Union.

The day before, Deputy Prime Minister for European and Euro-Atlantic Integration of Ukraine Olha Stefanishyna said that three European countries were opposed to granting Ukraine the status of a candidate for EU membership.

Arestovich spoke about the losses of the Ukrainian army