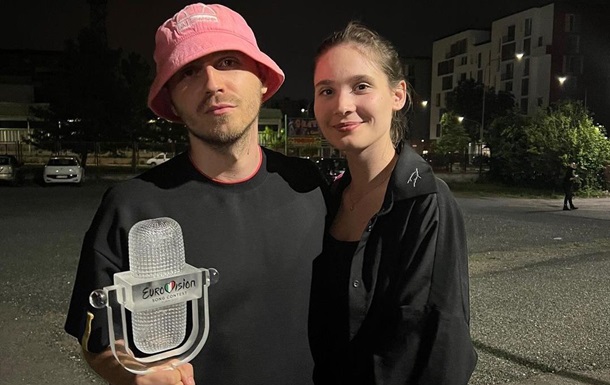 Psyuk noted that they met “like in the best film made by a Hollywood director … on Instagram.”

The girlfriend of the soloist of the Kalush Orchestra Oleg Psyuk Alexander Bilobrov spoke about meeting the musician. The couple gave their first joint interview for TSN.

According to Alexandra, everything happened very quickly and unexpectedly.

“For you to understand, after two weeks of meeting, he brought me to meet my parents in Kalush. And what am I, I had no choice (laughs – ed.). We met in Kyiv on the first day of spring, it’s even somehow symbolic. Before That month we agreed to meet,” Bilobrov recalled.

The girl admitted that she first saw Psyuk in Bukovel, when she was about to return home from vacation with her parents.

“I remember it was evening, we were just about to return. Over time, I saw on Instagram stories that Oleg had just arrived. I was subscribed to his Instagram page after his track Zori, which I really liked. on the same evening a survey for subscribers appeared, I commented that it would be cool to meet, it’s a pity that we missed each other so much. I wrote back for two days,” Bilobrov added.

She also admitted that she thought they would never meet.

“When once again the meeting was postponed and I should have already gone home, but my bus was delayed and I stayed longer. That day we met on the first day of spring,” shared the girl Psyuk.

The couple has been together for more than a year and lives in the same apartment.

Recall that Psyuk was awarded an honorary title. The singer was honored in his hometown, after which the band is named.


Kalush Orchestra showed the buyer of the Eurovision Cup