A powerful fire broke out at Azot in Severodonetsk 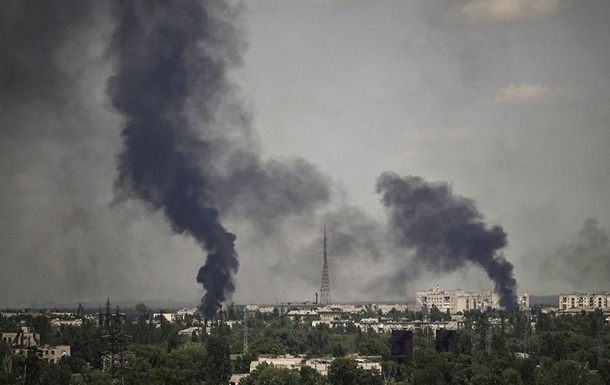 The enemy shells the territory of the plant for hours. Heavy street fighting continues in the city, but the situation remains under control.

In Severodonetsk, Lugansk region, due to shelling by Russian troops, a large-scale fire broke out at the Azot plant. This was announced on Saturday, June 11, by the head of the Lugansk regional military administration, Sergei Gaidai, on the air of the telethon.

“The territory of the Azot plant is being shelled very powerfully, for hours, with heavy caliber. There, oil has leaked from radiators, tens of tons, a very powerful fire,” the head of the OVA noted.

He also talked about the constant fighting in the city. Gaidai commented on the situation in Severodonetsk with the words of the military: “the situation is difficult, but completely under control.”

According to him, the enemy does not leave attempts to break through the front in the Popasna area, fighting continues in Toshkovets.

Due to the heat, the Seversky Donets River became shallow, therefore, according to Gaidai, the invaders might try to cross and create a new foothold in Belogorovka.

“For the second week, the weather has been hot, the sun has not rained, and the water level in the river has fallen quite seriously, we are even seeing the Russian equipment that sank when trying to cross in Belogorovka. That is, the river “sank” by three meters or even a little more “, he remarked.

He also said that in the newly occupied territories the invaders steal grain by trucks and take it to the territory of Russia.

Recall that on the eve of Gaidai reported that fierce street fighting was going on in Severodonetsk, but the city was holding out.

Government ignores and does not apply aid law to family farming: "we are forgotten"