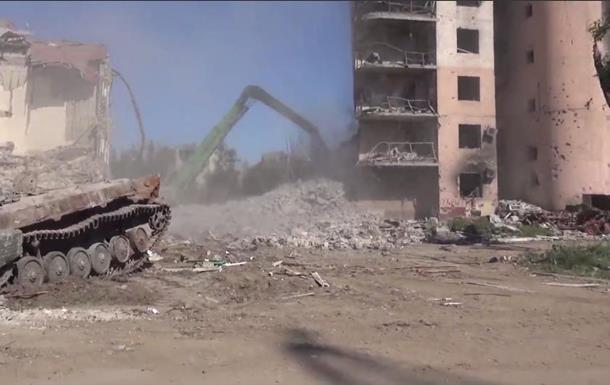 As a result of an explosion at the site of a former supermarket, a Russian military man and two employees of the Russian Emergencies Ministry were killed.

In the occupied Mariupol, Donetsk region, a tractor of the Russian Emergencies Ministry blew up on a mine, as a result of which two rescuers and one military man died on the spot. About this on the evening of Saturday, June 11, informed Advisor to the Mayor of Mariupol Petr Andryushchenko.

“Mariupol. Right now, on the territory near the former JVI supermarket, a tractor of the Russian Emergencies Ministry was blown up by a mine. Two employees of the Ministry of Emergencies of the occupiers and one Russian military man died on the spot,” Andryushchenko wrote.

He added that this is news, “which can hardly be called sad, retribution is inevitable.”

Earlier it became known that the invaders accelerated the demolition of houses in Mariupol. The bodies of the dead continue to be removed along with construction debris.

Recall that the occupation authorities turned Mariupol into a cemetery – the bodies of the dead are not taken out of the destroyed houses.

Biden: "Zelensky, like others, did not want to listen to warnings"