APU destroy the enemy in all directions – summary 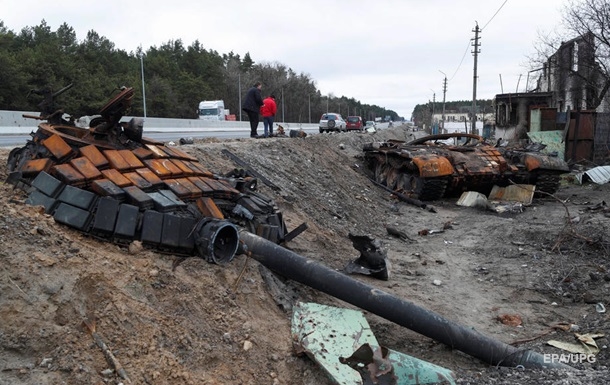 Armed forces of Ukraine reflect the onslaught of the invaders

The enemy is trying to overcome the resistance of our troops and establish full control over the city of Severodonetsk, the fighting continues.

In the Slavic direction, the Ukrainian military repelled enemy attempts to attack, fierce battles for Severodonetsk continue, the Russians are preparing an offensive in the Liman direction, the evening said. summary of the General Staff for 12 June.

“Ukrainian defenders inflict losses on the Russian occupiers in all areas where active hostilities continue,” the report says.

On the Volynsky, Polessky and Seversky directions without significant changes. The enemy unsuccessfully led the assault in the direction of the settlements of Staritsa – Rubizhnoye. In the Slavic direction, Ukrainian soldiers successfully repelled enemy assault actions in the Dovgenkie-Mazanovka and Dovgenkie-Dolina directions.

The enemy did not conduct active operations in the Limansky direction, continued shelling of Ukrainian units. Carries out activities to prepare for the offensive.

In the Severodonetsk direction, the enemy continued to use cannon and rocket artillery. He is trying to overcome the resistance of our troops and establish full control over the city of Severodonetsk, the fighting continues.

In the Bakhmut direction, the invaders carried out assault operations in order to cover the settlement of Vrubovka, but they were not successful.

When trying to resume assault operations in the direction of Orekhovo – Zolotoe, the enemy received a decisive rebuff and retreated.

On the Avdiivka, Novopavlovsk, and Zaporizhia axes, the enemy exerts systematic fire influence on the positions of our troops in order to fetter their actions and prevent regrouping.

In the Yuzhnobuzhsk direction, the invaders are trying to hold their positions and fire at the units of the defense forces. The enemy inflicted a fiery defeat from cannon and rocket artillery in the areas of the settlements of Osokorovka, Trudolyubovka, Shirokoye, Dobryanka and Blagodatnoye.

Recall that the conversations of the invaders intercepted by the Security Service of Ukraine testify that the counterattacks of the Ukrainian defenders in the Nikolaev-Kherson direction have become a real hell for the invaders.

Tags: APUcolorscontinuedestroydirectionsenemyopponentovercomeresistanceSeverodonetskSlavyansksummaryWarwar in ukrainewar with russia

Russia bombed a children's camp in the Kharkiv region