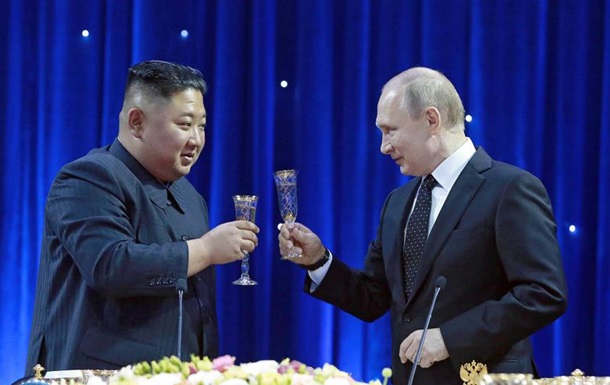 The North Korean dictator announced his intention to develop relations with Russia “in accordance with the dictates of the new era and the aspirations of the peoples of the two countries.”

“Under your leadership, the Russian people, bravely overcoming all sorts of challenges and difficulties, achieve great success in doing a just cause to protect the dignity, security and rights to the development of the country, to which our people give full support,” the telegram says.

Kim Jong-un noted that he cherishes good neighborly relations with Russia and called “the firm position of the government of the republic” the decision to comprehensively expand and develop relations between the countries “in accordance with the dictates of the new era and the aspirations of the peoples of the two countries.”

“I am sure that the Korean-Russian relations of friendship and cooperation, which entered a new critical phase after our first meeting in April 2019 in Vladivostok, will further and dynamically strengthen and develop in all areas,” the North Korean dictator emphasized.

He added that he wants closer cooperation “on the way to protect international justice and ensure global security.”

China vows to fight for Taiwan to the end