The Russian Foreign Ministry spoke about a nuclear strike on Poland 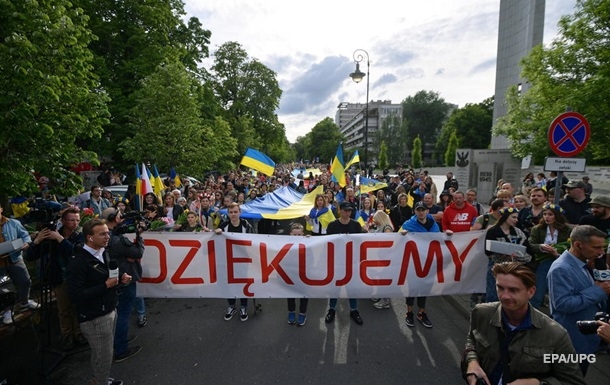 Ukrainians thank Poles for their support

Member of the European Parliament and former Foreign Minister of Poland Radosław Sikorski proposed to transfer nuclear weapons to Ukraine.

The official representative of the Russian Foreign Ministry, Maria Zakharova, said that the member of the European Parliament from Poland, the former Foreign Minister of the country Radoslav Sikorsky, who proposed returning nuclear weapons to Ukraine due to Russia’s violation of the Budapest Memorandum, puts the Polish people at risk.

“Polish politicians, who are controlled by the American transmission belt, display extremist ideology, spread hatred, incite conflicts, and now they also threaten the planet with a violation of the nuclear non-proliferation regime. But most importantly, they endanger the Polish people, who are being drawn into the nuclear redistribution of the world” , – Zakharova wrote in Telegram.

Member of the European Parliament and former Foreign Minister of Poland Radosław Sikorski proposed to transfer nuclear weapons to Ukraine. He argued that Russia violated its obligations under the Budapest Memorandum to respect the sovereignty and territorial integrity of Ukraine, therefore it is appropriate to return to Kyiv nuclear weapons, which the Ukrainians voluntarily abandoned.

Chairman of the State Duma of the Russian Federation Vyacheslav Volodin said that if Sikorsky’s proposal to provide nuclear weapons to Ukraine is implemented, a possible nuclear conflict will destroy the European continent.

Recall that Ukraine voluntarily disposed of all its nuclear weapons in accordance with the 1994 Budapest Memorandum. According to it, Ukraine was guaranteed the inviolability of borders and sovereignty. The Russian Federation was also among the guarantors. In 2014, the Russian Federation illegally annexed the Ukrainian Crimea and, through its puppets, waged war in the Donbass, and on February 24, 2022, launched an open full-scale invasion of Ukraine.

In the south, the Armed Forces of Ukraine staged hell for the occupiers - the interception of the SBU

Deserted concerts and the tricolor at the bottom. In the occupied territories of Ukraine organize events dedicated to the Day of Russia