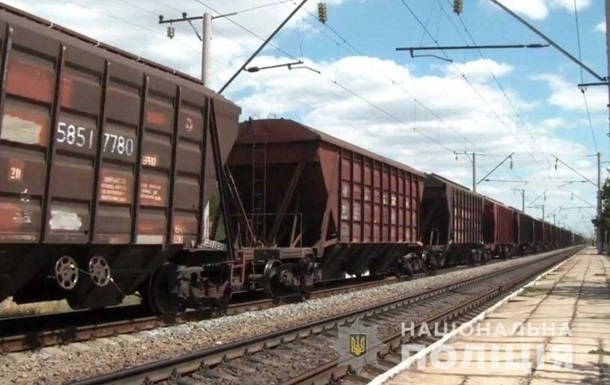 The Agency for Tracing and Management of Assets (ARMA) has taken over 645 wagons that belong to the family of the former Minister of Defense of Ukraine Pavel Lebedev, who is wanted for high treason. About it informs Office of the Attorney General on Monday, June 13.

“Under the procedural leadership of the Kyiv City Prosecutor’s Office, during the investigation of criminal proceedings, 645 railway cars worth about UAH 650 million belonging to the enterprises of the family of an ex-official who was put on the wanted list for high treason were arrested,” the report says.

According to the investigation, a number of enterprises operate on the territory of Ukraine, the ultimate beneficial owner of which is the family of the ex-Minister of Defense of Ukraine (2012-2014)

“These enterprises are engaged in the supply and sale of goods on the territory of Russia, and also produce equipment for the military-industrial complex of the aggressor state,” the report says.

Other property of this financial-industrial group of enterprises and their owners was also seized. In particular, 30 land plots, 30 real estate objects, including six integral property complexes and corporate rights of 22 business entities, were arrested.

A pre-trial investigation is underway in criminal proceedings on the facts of financing actions committed with the aim of forcibly changing or overthrowing the constitutional order or seizing state power, changing the boundaries of the territory or state border of Ukraine and appropriation of property (part 3 of article 110-2, part 3 of article 191 of the Criminal Code Ukraine).

Recall that Ukraine has arrested almost 18,000 wagons from the Russian Federation and Belarus. This was done as part of the investigation of criminal proceedings on the fact of deliberate tax evasion on an especially large scale.

Russian Su-34 shot down near Izyum