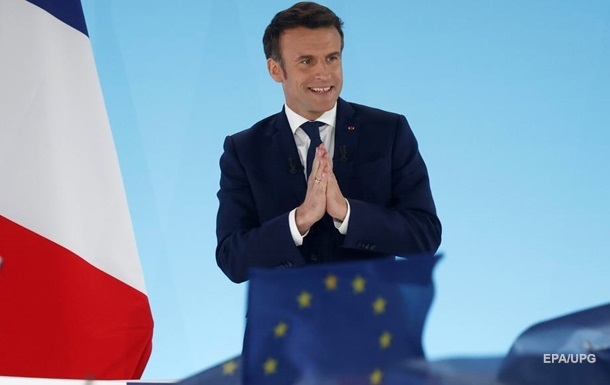 Due to the peculiarities of the French system of parliamentary elections, the balance of power following the results of the second round may change significantly.

In France, the Together bloc, led by President Emmanuel Macron, won 25.65% of the popular vote in the first round of parliamentary elections, 0.09% ahead of the New People’s Ecological and Social Union, led by left-wing leader Jean-Luc Mélenchon. On the morning of Monday, June 13, the TV channel reports BFM TV based on the results of processing 100% of ballots.

Third place goes to the National Association of Marine Le Pen with 18.67% of the vote.

These three political forces advanced to the second round. The rest of the parties did not get into it, because they did not get the required minimum – 12.5% ​​of the vote.

Observers note that due to the peculiarities of the French system of parliamentary elections, the balance of power following the results of the second round may change significantly.

According to the BFMTV forecast, Macron’s coalition will be able to get from 270 to 310 seats in parliament in a week, following the results of the second round, Mélenchon’s association – from 170 to 220, Le Pen’s party – from 15 to 30.

Previously Perild.com he figured out why Macron’s main rival was the leader of the ultra-right Marine Le Pen in the presidential elections held in April in France, and the representative of the leftist camp, Jean-Luc Mélenchon, became his main rival in the parliamentary elections on June 12 and 19.