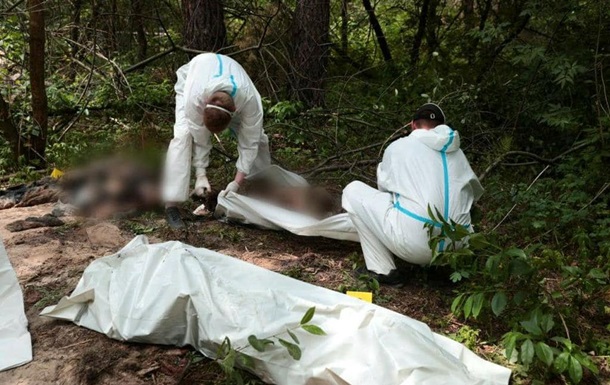 Experts are trying to identify the dead

The victims had their hands tied and shot through the knees, and they were shot in the head. Their bodies were found at the former positions of Russian troops.

Law enforcers found another mass grave in the village of Mirotskoe, not far from Bucha. The victims died at the hands of the Russian military. This was announced on Monday, June 13, by Andrey Nebytov, head of the Kyiv region police Facebook.

According to him, seven bodies of civilians were found at the positions of Russian troops. The victims had their hands tied and shot in the knees. The occupiers killed civilians with shots to the head.

“These are yet another sadistic crimes of the Russian army in the Kyiv region! For every destroyed life, for the pain and suffering of Ukrainians, for the destruction of our cities and towns, the invaders must answer,” the message says.

Nebytov also said that now experts are trying to identify the dead.

Earlier, the police reported that 461 people died in Bucha. And in the Buchansk region, the invaders killed more than 1,130 civilians.

Recall that law enforcement officers identified 10 Russian servicemen who plundered the property of residents of the city of Bucha, Kyiv region. Marauders will be put on the international wanted list.