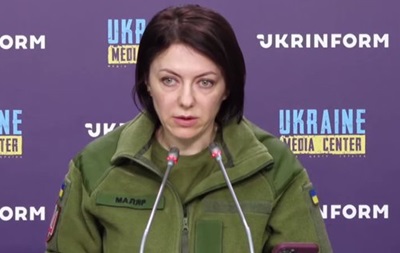 RV in Ukraine violates all the rules and customs of warfare, using a wide range of prohibited weapons.

During the fighting in Ukraine, the Russian army uses a wide range of prohibited weapons, as well as testing new types of weapons. This was stated by Deputy Minister of Defense Anna Malyar on the air of the telethon One News, reports Ukrinform.

“The Russians use a wide range of weapons prohibited by international standards. There are rules and customs of war permitted by international law. Therefore, there are indeed weapons that are allowed, and there are weapons that are prohibited. And now Russia uses the entire range of prohibited weapons. armaments are under study, they use the war to test their new models, and all this is applied here,” Malyar said.

According to her, some types of weapons are being successfully tested, some are “too bloated in terms of their quality characteristics” and cannot be used.

“Unfortunately, yes, Russia violates all the rules and customs of warfare by fighting Ukraine,” said Malyar.

Recall, earlier it was reported that Putin called in Russia specialists in barrel bombs, which were used 613 times in Syria during November 2017.

APU in Kharkiv region shot down a Russian helicopter