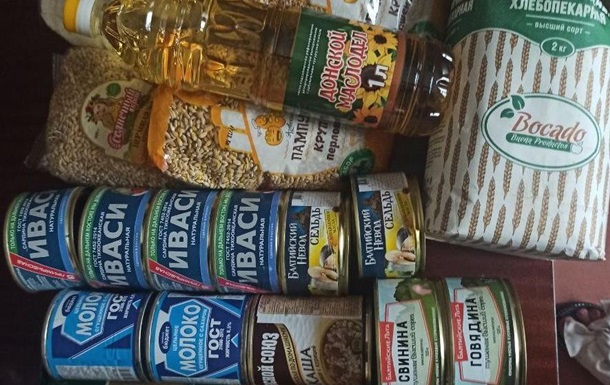 Humanitarian aid to the residents of Mariupol

Local collaborators have conspired with the occupiers and are selling stolen goods through a network of entrepreneurs.

In Mariupol, they are selling stolen Russian “humanitarian aid”. This was announced on June 13 in Telegram Advisor to the mayor of the city Petr Andryushchenko.

According to him, collaborators and local occupiers steal goods delivered by the Russian side and then sell them through a network of entrepreneurs.

“The son of pseudo-mayor Ivashchenko Vladimir Konstantinovich, who took over the function of “deciding” in power, found a common language with the workers of the Russian Ministry of Emergency Situations. Not without the help of Urzuf collaborators Ivan Topuzov and his accomplice, cohabitant Tatyana Butyaeva. Now they are simply stealing information from the Russians humanitarian aid and then sold through a network of entrepreneurs… The sale goes through “their” merchants, who are warned that in case of disagreement, “they will go to the basement,” Andryushchenko specified.

He added that the deputy of the Mariupol region, Sergei Kosenko, the right hand of the son of Ivashchenko, and the former head of Urzuf, Anatoly Avramov, with his son Konstantin, were also involved in the “scheme”.

“A whole group of economic criminals in the very heart of the occupation authorities,” the adviser stressed.

In addition, according to Andryushchenko, employees of the Russian Emergencies Ministry continue looting and theft in surviving houses.

“Mariupol residents report that, surprisingly, all Russian Ministry of Emergency Situations pay off exclusively in hryvnias (sometimes also dollars and euros) and almost never in rubles. Where they get the hryvnia and currency is clear. From the houses and apartments of Mariupol residents,” he said.

Around the building of the European Commission, a thousand Ukrainians arranged a human chain