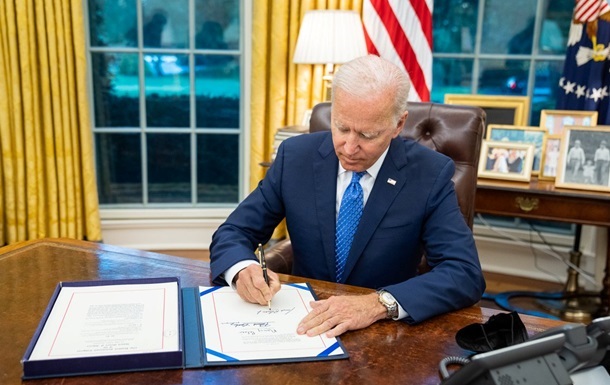 Joe Biden approved the extension of sanctions against Belarus

The actions and policies of the Belarusian regime continue to pose an unusual and extraordinary threat to US national security and foreign policy.

US President Joe Biden extended the sanctions regime against the current authorities of Belarus. About it the day before informed White House press office.

“The actions and policies of certain members of the Belarusian government and others, and the harmful activities and long-standing abuses of the Belarusian regime, continue to pose an unusual and extraordinary threat to the national security and foreign policy of the United States,” Biden said in the executive order.

“Therefore, I decided that it is necessary to continue the state of emergency in the country, declared in presidential decree 13405 in relation to Belarus,” the US president added.

US sanctions against Belarus were introduced by President George W. Bush in 2006. Since then, they have expanded several times and affected key sectors of the Belarusian economy.

Recall that last week the formal leader of Belarus Alexander Lukashenko threatened to attack the west of Ukraine. He believes that Western countries can send troops to the territory of Ukraine and attack Belarus from there.

Germany reduced export of goods to Russia by 64%