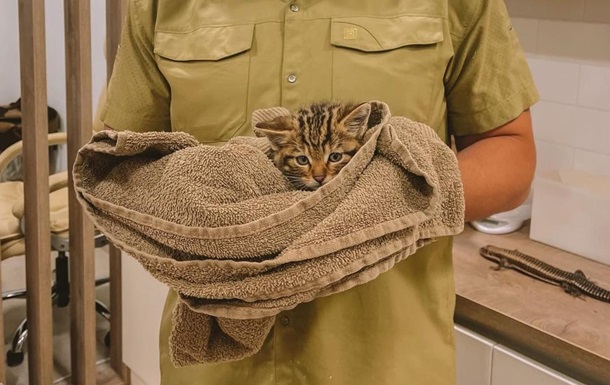 There are about 300 such animals in Ukraine. The reason for the disappearance is competition with domestic cats and the transmission of infections from them, doctors explain.

In the Odessa region, veterinarians rescued the cubs of the European forest cat. This is a rare species that is listed in the Red Book, according to the Vet Crew Instagram page.

It is known that the mother cat died.

“Recently, three kittens of a forest cat in a very difficult condition came to us for rehabilitation. After another bombardment of the Odessa region, residents of the surrounding villages found a nest with kittens, and a dead mother nearby,” the animal rights activists noted.

The European wildcat is a solitary animal that hardly approaches settlements and avoids contact with humans.

“We really hope that we can rehabilitate these kittens and get them back into the wild. But there is a long way to go!” added veterinarians.


Cat Stepan from Kharkov received a prestigious award in Cannes