Results 13.06: Peak of the nuclear threat and the request for weapons 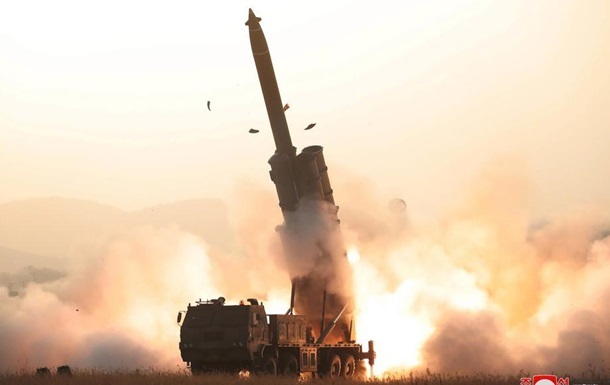 Analysts have declared the highest level of risk of a nuclear strike since the Cold War; the Office of the President gave a list of weapons necessary for victory. Perild.com highlights the main events of yesterday.

Experts from the Stockholm International Peace Research Institute (SIPRI) released a report saying that the risk of the use of nuclear weapons in the world has reached the highest level since the height of the Cold War – Russian invasion of Ukraine and Western support for Kyiv have increased tensions among the nine nuclear powers.

Analysts predict that if the nuclear countries do not take urgent action, the global nuclear arsenal will grow in the coming years for the first time in decades.

Mikhail Podolyak, adviser to the head of the President’s Office, said that Ukraine needs thousands of pieces of military equipment to win the war with Russia, and called these weapons: 155 mm howitzers, MLRS, tanks, armored vehicles and drones.

In turn, the Pentagon replied that they were ready to provide Kyiv with everything necessary to protect the sovereign Ukrainian territories.


The OP presented two scenarios for the end of the war

The Ukrainian authorities are considering two possible options for ending the war. According to the first, or the minimum program, Russian troops withdraw to the positions they occupied on February 23, and Kyiv and Moscow begin negotiations.

The second option, or the maximum task: territorial integrity within the internationally recognized borders of Ukraine, the loss of Russia and its transformation.

In the area of ​​Izyum in the Kharkiv region, units of the anti-aircraft missile forces of Ukraine shot down one of two Russian Su-34 fighter-bombers that attacked the positions of the Ukrainian military. The plane crashed into the temporarily occupied territory. Crew details are being confirmed.

The Center for Energy and Clean Air Research (CREA) calculated that during the 100 days of the war against Ukraine, Russia received 93 billion euros from energy exports. At the same time, the European Union remains the largest buyer of Russian gas and oil – 61%, or 57 billion euros. China (12.6 billion euros), Germany (12.1 billion euros) and Italy (7.8 billion euros) are leaders among the countries in the export of energy resources of the Russian Federation.

The head of the National Police, Igor Klymenko, said that the police are investigating criminal proceedings into the deaths of more than 12,000 Ukrainian civilians, 1,200 bodies, including those found in mass graves, have not yet been identified. Among the dead, approximately 75% are men, about 2% are children, and the rest are women.

The Ukrainian military in the Donetsk region liberated three villages from Russian occupation and moved the front line by 15 kilometers. According to the Joint Forces grouping, the Russians achieve some success due to the numerical superiority in artillery, but their troops are not motivated to fight.


The number of Russian soldiers killed in Ukraine reached 32.3 thousand

From February 24 to June 13, the total losses of personnel of Russian troops on the territory of Ukraine amounted to approximately 32,300 people (+150 per day). In addition, the defenders destroyed about ten thousand pieces of enemy military equipment, including 13 ships / boats, 178 helicopters and 213 aircraft.