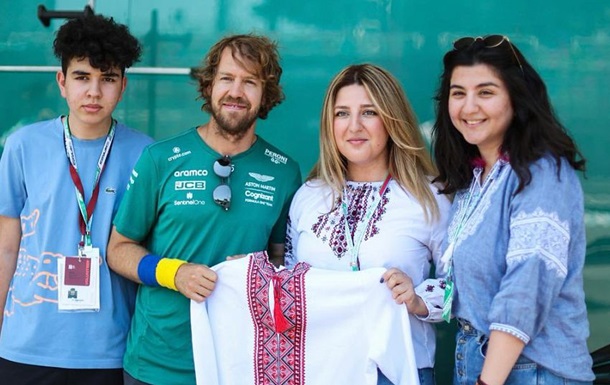 Sebastian Vettel has become a little Ukrainian. The titled German race car driver was presented with an embroidered shirt for the Formula 1 competition weekend in Baku. Ambassador of Ukraine to Azerbaijan Vladislav Kanevsky announced this on Twitter.

The 4-time world champion received a gift for his consistent support of Ukraine during the military invasion of the Kremlin.

Recall that during the first five racing stages, Vettel rode in a helmet painted in the colors of the Ukrainian flag. Also, while talking to the press, he almost always wore blue and yellow wristbands.

“The Azerbaijan Grand Prix has become a prominent place for expressing solidarity and support for the people of Ukraine. We express our gratitude to the outstanding racer Sebastian Vettel and present him with a real talisman – Ukrainian embroidered shirt,” Kanevsky wrote.


# Formula1 #AzerbaijanGrandPrix has become a prominent place to express solidarity and support to the people of🇺🇦.

We expressed our gratitude to outstanding car racer Sebastian Vettel granting him a real talisman – the #Ukrainian #vyshyvanka #StandWithUkraine pic.twitter.com/7par1d377L