Two children injured in Kharkiv region due to shelling 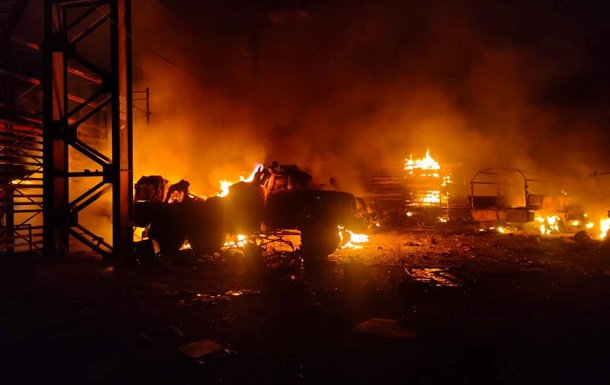 A warehouse and 10 trucks burned down near Kharkiv

Children with shrapnel wounds were hospitalized in the Chuguev Central District Hospital.

Over the past day in the Kharkiv region there were six fires as a result of enemy shelling, two children were injured. About it informs State Emergency Service in the ornik, June 14.

“Fires caused by enemy shelling occurred in Chuguevsky (3), Kharkov (2) and Bogodukhovsky (1) districts of the region. As a result of these fires, residential buildings, outbuildings, warehouse buildings, trucks, and coniferous litter were damaged,” the message says.

Due to shelling in the private sector of the village of Malinovka in the Chuguevsky district of the region, a garage and an outbuilding caught fire. The fire covered an area of ​​180 square meters. As a result of the shelling, two children (11 and 17 years old) were injured. With shrapnel wounds, they were hospitalized in the Chuguev Central District Hospital. The fire was extinguished by the forces of the State Emergency Service in an hour and a half.

At 23:51, as a result of enemy shelling on the territory of the enterprise, a warehouse building and 10 trucks caught fire in one of the settlements of the Kharkiv region. The flames covered an area of ​​about 2000 square meters. To eliminate the consequences of the fire, eight units of the State Emergency Service and 50 rescuers were involved. The fire was put out at 03:19. There are no victims or injured.

Rescue operations were carried out at two destroyed facilities in the Nemyshlyansky and Kievsky districts of Kharkov. 11 units of equipment and 48 personnel were involved in them.

Pyrotechnic units of the State Emergency Service eliminated 27 enemy ammunition during the day.

Recall that during the day on June 13, as a result of shelling in the territory of the Donetsk region, three people were killed, five more were injured. In addition, two civilians who were injured in the Lugansk region died.

The price of Bitcoin has fallen below 22 thousand dollars