The Attorney General’s Office (PGR) defended the extinction of the sentence and precautionary measures applied by the Federal Supreme Court (STF) against federal deputy Daniel Silveira (PTB-RJ). He was sentenced to eight years and nine months in prison for attacks and threats to the STF and its ministers.

In the statement sent to the Court, the Deputy Attorney General of the Republic, Lindôra Araújo, argued that the pardon of President Jair Bolsonaro (PL) given to Silveira, who overturned the conviction, is constitutional and must be fulfilled. Likewise, the precautionary measures enacted prior to the presidential decree must also be reviewed.

“The presidential decree is existing, valid and effective, and the enjoyment of the benefits of the grace granted is pending the due judicial decision that declares the sentence extinct”, wrote Araújo. The deputy attorney general also stated that the four actions that question the presidential pardon in the STF have not yet been judged, which reinforces the maintenance of the effects of Bolsonaro’s decree.

Minister Alexandre de Moraes, rapporteur of the case in the STF, should revoke the sentence and precautionary measures only after the action has gone through all the judicial stages, that is, after the final decision.

In the tune of pardons, President Bolsonaro said this Monday (15) that he will propose to his team the possibility of granting a presidential pardon also to Allan dos Santos, owner of the website Terça Livre.

In October 2021, Alexandre de Moraes ordered the Bolsonaro’s preventive detention at the request of the Federal Police (PF), within the scope of the investigation that investigates the participation of Allan dos Santos in the creation of a criminal organization for the propagation of false information. Today, the bolsonarista is on the run in the United States, where he moved in July 2021, when he became the target of searches and seizures by the PF. 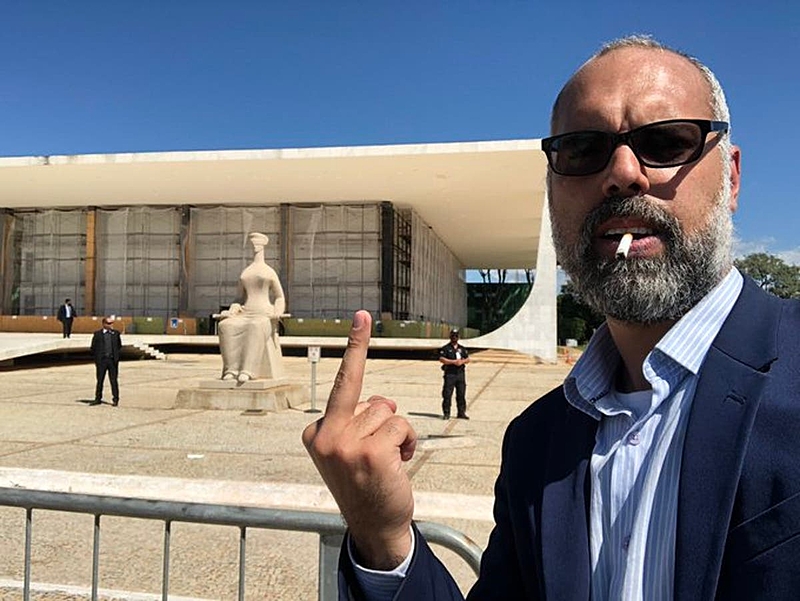 Bolsonaro told journalists that he would “send to study” the possibility. “And you can see, my grace is foreseen. When back there they pardoned a bunch of people for corruption, nobody said anything,” he said.

“In the case of Daniel, I already told you, I didn’t want, as the Supreme Court, to receive those criticisms he made. Now, the penalty for that is not prison, much less 9 years in jail, starting in a closed regime, canceling the mandate, ineligibility, fine, for God’s sake.”

STF Minister Cármen Lúcia determined that the PGR should take a position on the participation of Jair Bolsonaro and the Minister of Justice and Public Security, Anderson Torres, on a motorcycle, in Orlando, Florida, in the United States, last week. Allan dos Santos also participated in the demonstration. 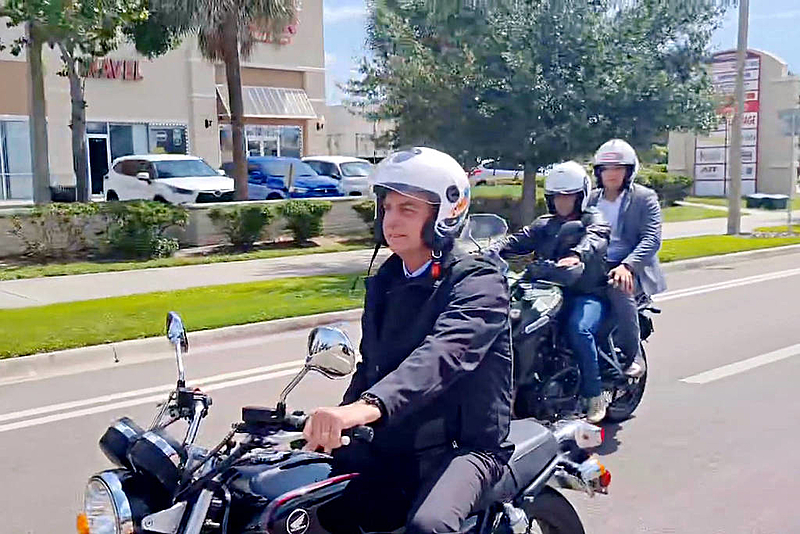 The determination of Cármen Lúcia took place within the scope of a crime news filed with the STF by federal deputy Alencar Santana (PT-SP). The parliamentarian stated, on the PT website in the Chamber, that an alleged meeting between Bolsonaro and Allan dos Santos represents “omission” and violates the constitutional principles of legality, impersonality and morality.

“Political agents cannot be silent with fugitives from Brazilian justice in defense of the federal government’s ideological propaganda, much less as a place to exchange favors and favors for allies of the President of the Republic”, said Alencar Santana.

Bolsonaro said, however, that he did not meet with Allan dos Santos.

The president of the Chamber, Arthur Lira (PP-AL), determined the removal of federal deputy Valdevan Noventa (PL-SE), after the Second Panel of the STF decided to maintain the cancellation of the Bolsonaro’s mandate. Thus, Márcio Macêdo (PT-SE) resumes the deputy’s chair. 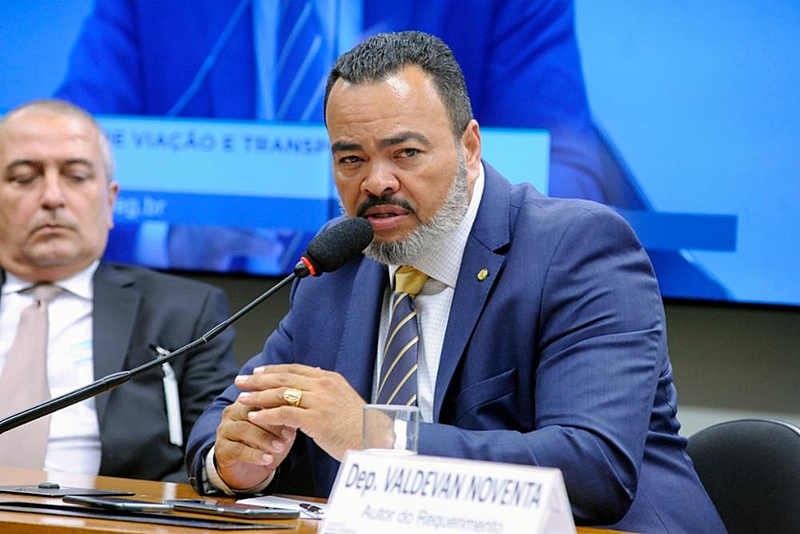 Valdevan Noventa had been impeached in March of this year for illegally raising and spending funds through deposits of unidentified origin during the 2018 election campaign. in Sergipe, to simulate donations to the then candidate. In total, around 80 donations in amounts of R$ 1,050 were made at the same bank branch, raising suspicions of fraud for the Electoral Public Ministry, responsible for filing the action.

“The profile of the donors was incompatible with the amount donated, since several were beneficiaries of the Bolsa Família program and some of them confirmed that they had only lent their CPF number for financial operations”, said the TSE at the time.

“TSE will not tolerate personal or digital militias”, says Moraes

STF Minister Alexandre de Moraes attacked fake news in his speech after being elected to the presidency of the TSE, this Tuesday (14). “The Electoral Justice will not tolerate that personal or digital militias disrespect the sovereign will of the people and attack democracy in Brazil,” said Moraes, who will head the Court during the 2022 elections.

The change of command in the court is a formal event, but in this case the election comes amid escalating tensions between the judiciary and President Bolsonaro. In the most recent attack, the retired captain said, during his virtual participation in the Conservative Political Action Conference (CPAC), this Sunday (12), that the TSE did not accept the Armed Forces’ proposal of simultaneous counting of votes. 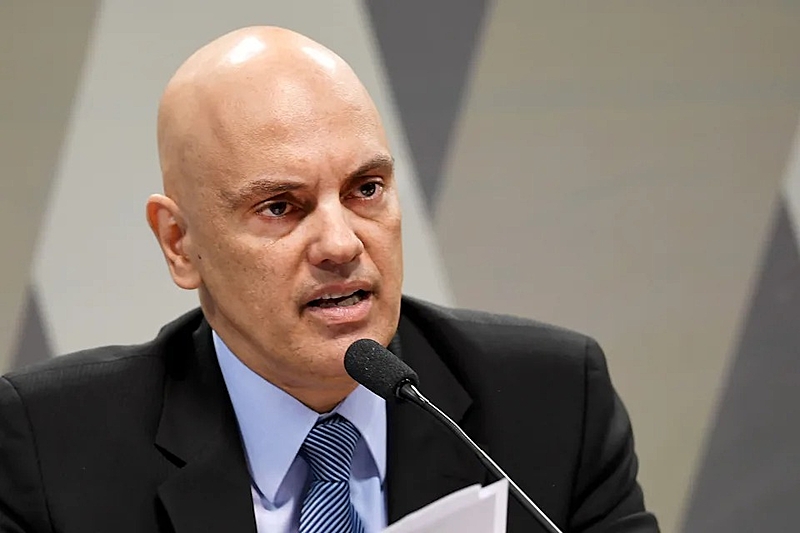 Alexandre de Moraes will assume the presidency of the Superior Electoral Court (TSE) in August 2022. He will therefore lead, as the highest authority, this year’s national elections / Evaristo Sá / AFP

Without directly citing Bolsonaro, the minister sent a message to the participants in the election. According to him, voters deserve “hope in the serious proposals and projects of all candidates”, and not “the proliferation of hate speech, fraudulent news and the criminal attempt at co-optation for co-optation and fear of their votes by true digital militias”. completed.

The PF launched an investigation against the pre-candidate for the government of Minas Gerais Alexandre Kalil (PSD) for alleged unregistered donations from a businessman linked to the transport sector. The funds would have been intended for the pre-campaign of Alexandre Kalil for the position of governor of the state this year and for the campaign in which Kalil is re-elected to the Mayor of Belo Horizonte, in 2020, according to an investigation by the Ministry of Health. CNN Brasil. 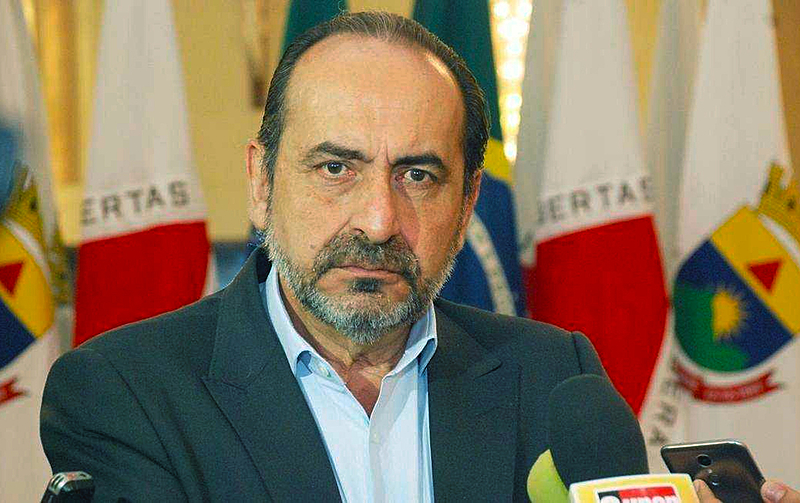 In exchange for the funds, the City of Belo Horizonte would be economically benefiting companies in the transport sector. In one of the amounts, an advance of R$ 218 million was made to companies, with the objective of “improving the cash flow of public transport service providers due to the scarcity of resources as a result of the pandemic”, according to May 2020 document obtained by the newspaper.

A municipal Parliamentary Commission of Inquiry (CPI) even suggested the indictment of Kalil for embezzlement, prevarication and criminal condescension, for advance in credits of transport vouchers to the companies. Today, the case is under investigation by the Public Ministry.

The 7th Criminal Chamber of the Court of Justice of Rio de Janeiro determined the return of former governor Sérgio Cabral to the Military Police Prison Unit, in Niterói, this Tuesday (14). He had been transferred from the site for allegedly receiving perks. In a judicial inspection, cell phones, anabolic steroids, money and shopping list in restaurants were found.

The Justice understood, however, that the former governor was transferred without having the opportunity to defend himself against the accusations. With that, Cabral must remain in Niterói, until the end of the process, “guaranteeing the contradictory and ample defense, including on appeal.” 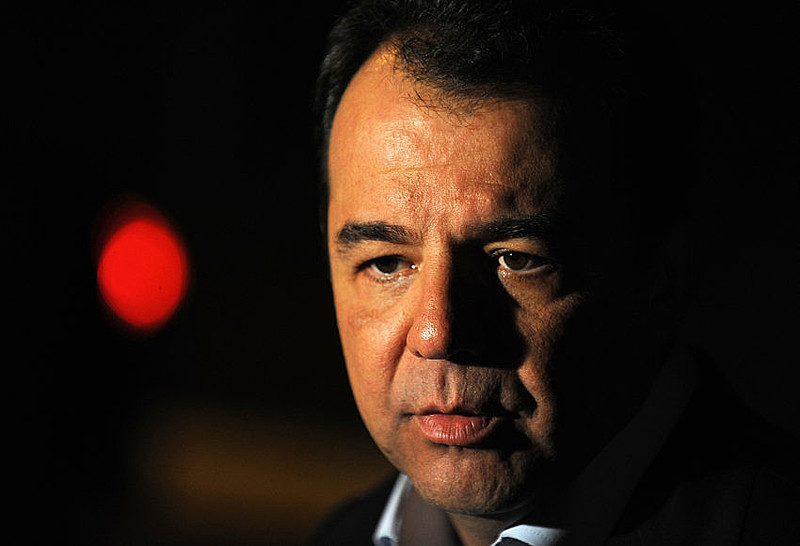 The PT pre-candidate for the Government of São Paulo, Fernando Haddad, showed himself open to an alliance with União Brasil, during the launch of a digital platform to receive suggestions for his government program, this Tuesday (14).

Haddad said that he has been talking to members and that he has “longtime friends” in the acronym in São Paulo. The former mayor of São Paulo also said that “the first round can hold good surprises. But the most important thing is to make sure that, if there is a second round, all democratic forces will be on the same side”, according to Folha de São Paulo. 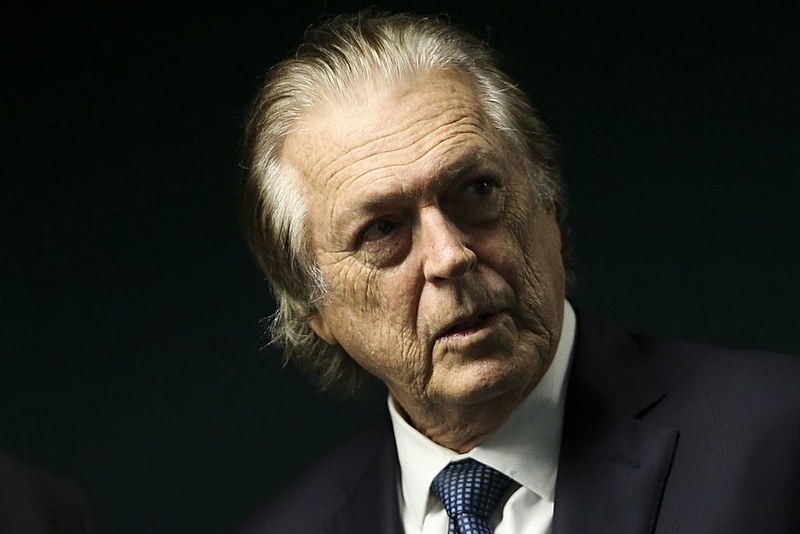 In the same vein, the pre-candidate for the Presidency of the Republic by União Brasil, Luciano Bivar (PE), tried to support Haddad “if there is no candidate”, in an interview with GLOBO last week. “What we want is to defend democracy. [Haddad] He says he defends democracy. As we no longer have any commitments in São Paulo, it could be a path,” she said.

The speeches by Haddad and Bivar also took place after União Brasil decided to detach itself from alliances with the PSDB for this year’s elections. Before, the toucans and the MDB signaled for a ticket for the presidency among themselves.

This week, federal deputy Júnior Bozzella, vice president of the União Brasil state directory in São Paulo, informed that his party will not support Rodrigo Garcia’s (PSDB) pre-candidacy for the state government, in an interview with CNN Brasil.

The company released a fake news about an alleged city, called “Ratanabá”, which would have been found in the Amazon, in 1992. The place would have been “the capital of the world 450 million years ago and was built by the first civilization on Earth, called Muril, who was not primitive”, published Frias, based on information from Urandir. 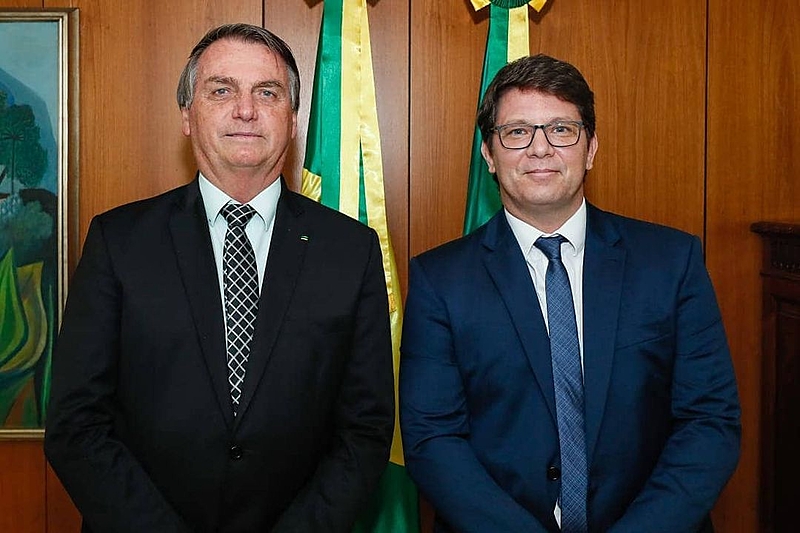 “On that occasion, he presented me with a document that summarizes the studies initiated by the association since 1992, the year in which Ratanabá would have been discovered. I saw several photos of well-crafted metal and ceramic artifacts found in underground galleries in the Real Forte Príncipe da Beira” , said.

Urandir became known in 2009 for presenting himself as the main interlocutor of “ET Bilu”, an alleged alien who would have appeared on a plot of land in the municipality of Corguinho, Mato Grosso do Sul.

Opinion | Femicides: Rio Grande do Sul is one of the most violent states in Brazil

In Belarus, photographer Yevgeny Erchak was arrested for 15 days