A criminal group exposed in Kyiv 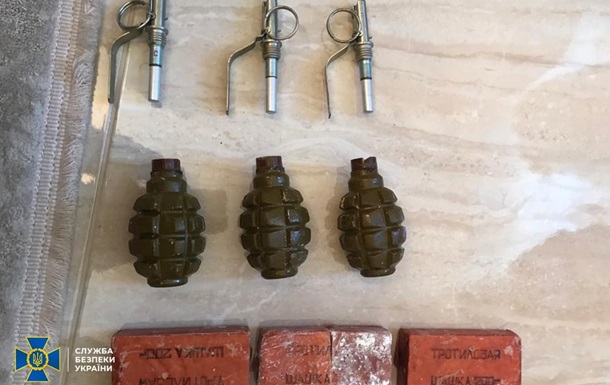 A criminal group exposed in Kyiv

The interethnic criminal group consisted of five people, and it was led by a native of Dagestan, who is now on the territory of the aggressor state.

An inter-ethnic criminal group has been exposed, which, under the guise of a volunteer formation, planned especially serious crimes in the capital. About it report at the Office of the Prosecutor General of Ukraine.

According to the investigation, the interethnic criminal group included five people, and it was led by a native of one of the republics of the Russian Federation (the SBU reports that this is a native of Dagestan), who is now on the territory of the aggressor state. To cover up their criminal activities, members of the group entered one of the volunteer formations in Kyiv. Law enforcement officers found a large number of firearms, ammunition and explosives in their home and in the hiding place.

“With the use of these weapons, the members of the group planned to commit grave and especially grave crimes in Kyiv – extorting money from capital entrepreneurs, destroying the property of the victims and physically massacring them. During authorized searches, 29 AK-74 assault rifles, 32 equipped magazines for them, a grenade launcher, a Degtyarev machine gun, 2 Maxim machine guns, 3 pistols, 9 TNT blocks with a total weight of 1.2 cartridges of various calibers,” the Office of the Prosecutor General said in a statement.

One of the members of the group has been notified of suspicion of illegal handling of weapons, ammunition or explosives (part 1 of article 263 of the Criminal Code of Ukraine), the issue of choosing a measure of restraint for the suspect is being decided. Investigative actions are ongoing with other members of the criminal group, the source of the weapons is established, and the involvement of these persons in the commission of other crimes is verified.

Recall that the SBU neutralized Russian agents in several regions of Ukraine.