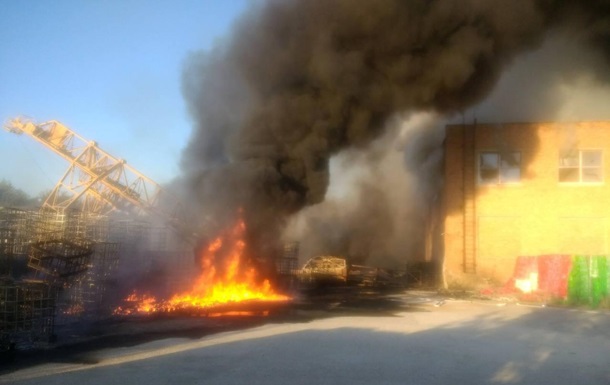 Managed to prevent the spread of fire to neighboring buildings

At the scene, rescuers found that the warehouse of the Coagulant plant on a total area of ​​​​800 square meters was on fire. m.

In the city of Pologi, Zaporozhye region, a large-scale fire broke out at a chemical plant. About it informed Zaporozhye Regional Military Administration on the night of Friday, June 17.

Information about the fire was received at 19:30 Thursday.

“Arriving at the scene, the rescuers found that the warehouse of the Coagulant plant on a total area of ​​​​800 sq. M. Was on fire. Lacquers and paints that were previously used in the technological process were stored in the unused facility … There is no chemical threat to the population of the city and the region,” the statement says. message.

It took firefighters almost two hours to put out the fire. Subdivisions of the State Emergency Service continue to work at the scene of the emergency. Structures are being dismantled to prevent re-ignition.

It is noted that thanks to the correctly chosen decisive direction of extinguishing, it was possible to prevent the spread of fire to neighboring buildings. Three units of equipment and 25 rescuers were involved from the Main Directorate of the State Emergency Service.

The cause of the fire is being established. Information about the victims is being clarified.

US does not consider China's position on Ukraine neutral