Enemy mine destroyed off the coast of Odessa region 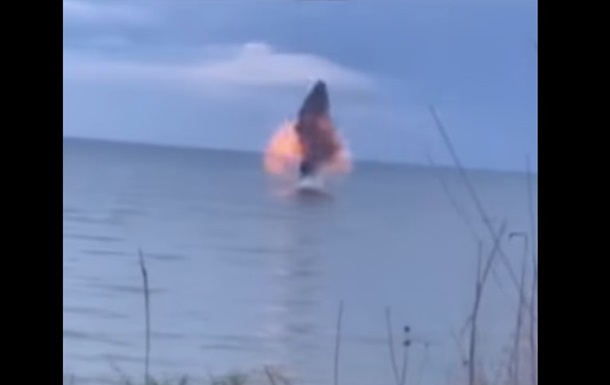 Detonation of a sea mine of the Russian Federation

Ukrainian defenders found a drifting Russian mine off the coast of the Black Sea in the Odessa region and blew it up. This was reported on Friday, June 17, on the page of the Naval Forces of the Armed Forces of Ukraine in Facebook.

As indicated, the explosive object was noticed by the defense forces while patrolling the coast. The projectile was defused at the location of discovery.

The Navy reminded that such cases do not occur for the first time. Earlier, drifting weapons with Russian markings were found and neutralized off the coast of Turkey and Romania.

As reported, in early June, on the Sandy beach in Mariupol, two people were blown up by a mine and died. One of them is an eight year old boy.

Belarus has no forces to attack Ukraine - NSDC