Seu Erinaldo Castro wakes up early. His first task of the day is in the pasture, milking the cows, an activity he learned from his father. The difference is that after he settled in Nova Canaã, in Quixeramobim, in the interior of Ceará, the result of his work, instead of going to the owner of the farm, remains in his family.

“At the time of the farm, my father, who is now 84 years old and is living proof of that, used to travel 3 km to get milk on the Manajú ​​farm, to get 2 liters of milk. Those 2 liters of milk were to support us. We didn’t have cattle. from there [do assentamento], it got a lot better because we had access, access to buy your own cow. From there, it’s our source of income. Then you don’t depend on anyone, you improve your income and support your family”.

The milk produced by Erinaldo in his small farm, as well as that of other producers, goes straight to the newest achievement of the Landless Rural Workers Movement (MST): an agro-industry with the capacity to process up to 10,000 liters of milk per day. (Matter continues after the video.)

About 26 agrarian reform settlements have quality milk production in the Quixeramobim and Senador Pompeu regions. The problem was the figure of the middleman, who charged high prices, not only to facilitate the flow of this production, but also to guarantee the cattle feed.

Situations that make the process more expensive, leaving producers with more debt than profit. It was then that, with the support of the MST, rural workers began, in 2013, discussions for the creation of a cooperative that could change this reality.

Analysis of the week: It is no longer discussed whether there will be a coup, but “what the coup will be like” in Brazil

This is what the manager of the Cooperativa Regional dos Sesentamentos de Reforma Agrária do Sertão Central do Ceara Cooperasc Ltda (Cooperasc), Florence Moreira, explains: “From the moment this cooperative was founded, the idea of ​​discussing with the dairy the idea of ​​commercialization, but also of building your own enterprise”. 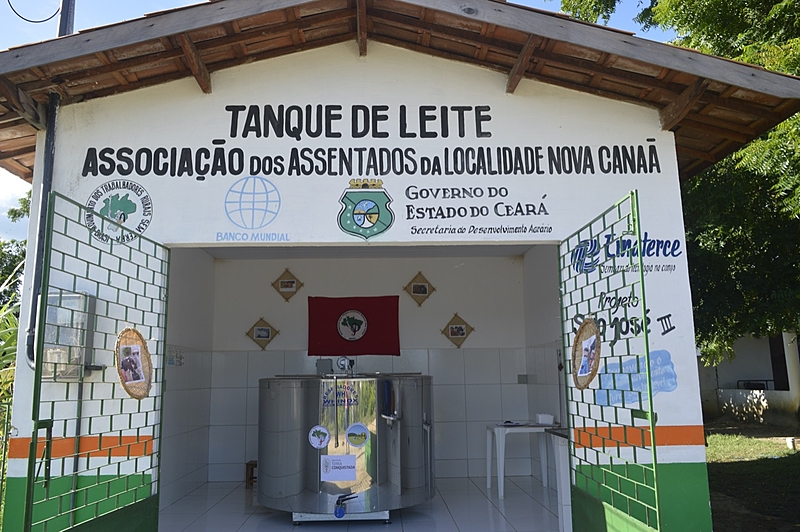 In a cooperative system, the settlements won projects to build structures for processing and storing milk / Photo: Flaviana Alencar

And in 2017, after signing an agreement with the Government of the State of Ceará, this dream began to take shape, as Florence says: “the dairy was designed to be built in the Nova Canaã camp, since the settlement is very central, well located , all other settlements in the region are around it, and along with this construction came all the strengthening in production to improve both the quantity and quality of this milk”.

In 2021, the installation of the agro-industry was completed and four trucks were acquired to properly collect and store milk from the 26 settlements. There are two for the collection of milk in the communities and two refrigerated chests for the delivery of the processed products. 19 settlements also received sheds with an entire structure of a milk cooling tank: “after its construction and installation was completed, we had the process of inspection of the enterprise, through the Agricultural Defense Agency of the State of Ceará (Adagri), so we we had our enterprise registered as well as the 39 products”, reiterates Florence. 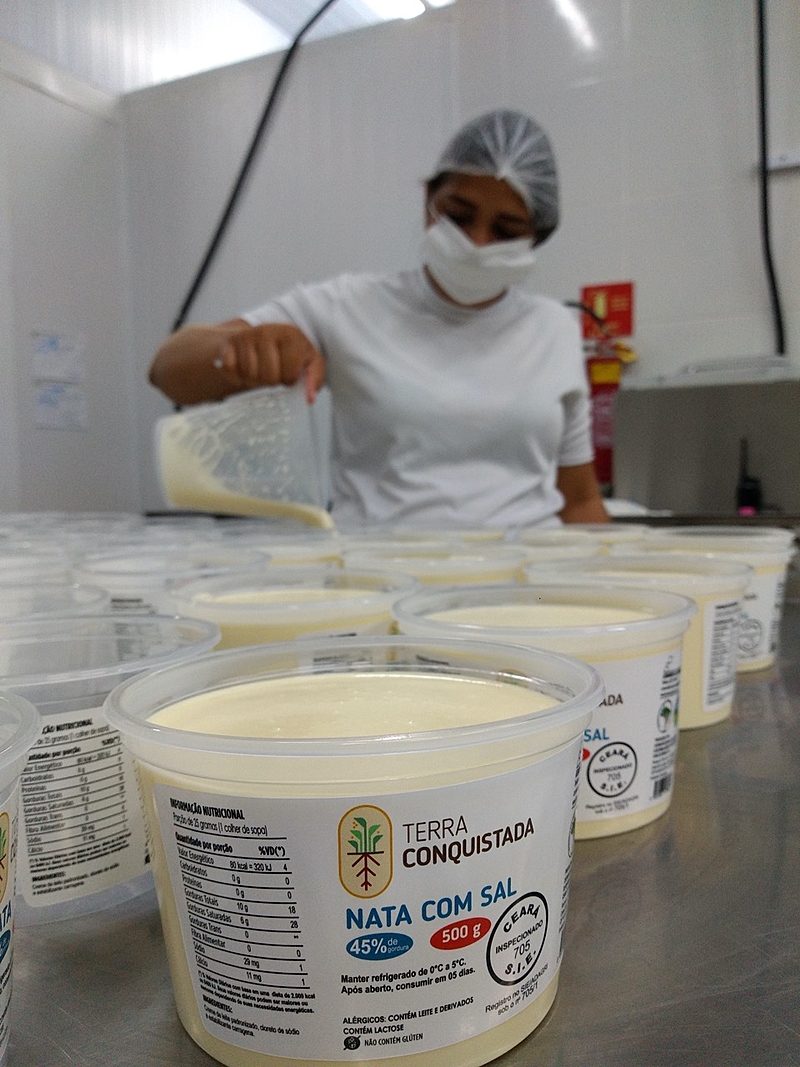 Pasteurized milk, curd, cheese, cream, yogurt. Today the agroindustry produces all this, the result of hard work and a lot of struggle. No wonder the brand was named Terra Conquistada. “We started the operation of this dairy in February 2022, with the processing of 5,000/liters of sack milk, delivering it to 15 municipalities through the program that the cooperative also won, which was the Food Acquisition Program of the State of Ceará. So, today we are already in Quixeramobim, in 5 supermarkets and we are already in the process of negotiating with another supermarket chain here in Ceará, which has around 30 stores throughout the state, to also sell our products”, points out Florence.

And from the same land where the family’s livelihood comes from, comes the inspiration for Seu Erinaldo, who translated into verse the beauties who come from the sertão. Poetry he named Mother Nature. Check out!

“My eyes see so many things
looking at Mother Nature,
I see the clouds above,
moving that’s a beauty
and I see the waters of the rivers
formed by current.
I see the rain falling
and the waterfalls forming,
I see the fish in the water
that is definitely swimming,
and the rooster at dawn
very early is already singing.
I see the spotted cattle
in the shade of the juazeiro,
I see the bird singing
in the cashew tree,
showing with joy
your true singing.
I see the happy child
dropping your tick,
a lizard is enchanting
turning into butterfly,
and the white moon
lighting up the planet.
I see a garden well planted,
be careful with lots of love,
walking in the garden
my dear hummingbird,
and a beautiful rainbow
two-color painted.
I see a happy farmer
remember at dawn,
milk the cows,
snack on your curds,
and then go out to the countryside
with your calloused hands.
I see a beautiful sunset
disappearing from behind the mountain,
asking for peace to the world
that doesn’t need war,
and now it will lighten
the other side of the earth.”

To receive our articles directly on your cell phone click here.

Are you MEI and still haven’t delivered the Annual Declaration? Find out how to rectify the situation

With the end of price controls, tobacco rises less than inflation and encourages consumption

Justice for Dom and Bruno: acts are called in Manaus, São Paulo and Brasília