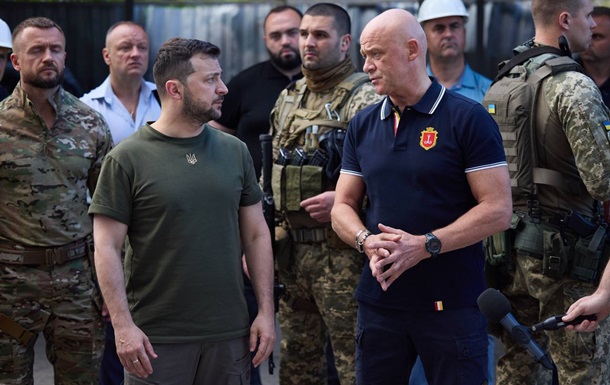 The head of state also inspected a residential building in Odessa, which was damaged on April 23 as a result of enemy rocket attacks.

After Nikolaev, President of Ukraine Volodymyr Zelensky arrived in Odessa, where he visited the stronghold of the National Guard of Ukraine in the Odessa region, a shooting range, as well as samples of weapons from a National Guard unit. About this on Saturday, June 18, informs press service of the head of state.

The head of the Odessa military administration, Maxim Marchenko, informed Zelensky about the measures taken to defend the region.

Commander of the Ukrainian Naval Forces Oleksiy Neizhpapa also reported on the situation in the Black Sea and the provision of units of the Naval Forces.

They also talked about ways to organize a corridor for the export of agro-industrial products from the ports of the Odessa region. Zelensky was informed that due to Russian aggression, 39 civilian ships under the flags of 14 countries of the world were blocked in the ports of the region.

In addition, it was about the social security of internally displaced persons living in the Odessa region.

Zelenskiy visited a residential building hit by a Russian missile on April 23.

“This is a terrible, terrible crime, the aggressor kills and maims our people. We must restore this house so that the residents return to their homes,” the president said.

During the visit, the president met with doctors and awarded them for their work in wartime conditions.

Scholz made a statement about weapons for Ukraine

US may consider recognizing Russia as sponsor of terrorism