Schools in Nikolaev will ban the Russian language 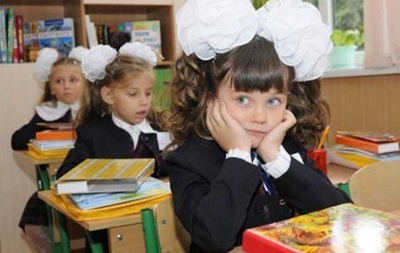 In Nikolaev schools, the Russian language is now taboo

From the new academic year in Nikolaev will not accept students for training in Russian. The corresponding decision was made by the executive committee of the Nikolaev City Council.

About it informed in social networks, Margarita Bondarenko, deputy director of the first school of the Nikolaev Lyceum named after Oleg Olzhych. The teacher showed a photo of the document signed by Mayor Alexander Senkevich.

The decision says that due to the full-scale invasion of Russia into Ukraine, they decided to ban the use of the Russian language in communal institutions of general secondary education in Nikolaev from September 1, 2022.

“I sincerely rejoice at the wise political will of Alexander Senkevich regarding the ban on the Russian language as a component of the educational process in Ukrainian schools,” Margarita Bondarenko wrote.

Recall that on Saturday, June 18, President of Ukraine Volodymyr Zelensky arrived in the Nikolaev region on a working visit. He held a meeting with the leadership of the region, presented awards to them, the military and the police.

Former President Dilma Rousseff participates in a political act at the national meeting of Levante, in RJ

Massive fire breaks out at petrochemical plant in Shanghai