“Youth will not accept genocide that has taken place in RJ”, says Levante activist

This Saturday afternoon (18), the Levante Popular da Juventude held an act in Rio de Janeiro against the genocide of young black people. “Peasant youth, youth from favelas and periphery, organized youth wherever they are, are here to claim our lives, our future,” said Ellen Neves, from Levante Rio, Manguinhos territorial cell.

“The state and city of Rio de Janeiro are marked by violence. So much so that it is the state where the figure of Bolsonaro is consolidated”, said Daiane Araújo, from the National Coordination.

“We are here to deal with the extermination of black youth, but not only that. Within the scope of our meeting, we challenge ourselves to develop our popular program for youth, to claim a dignified life project in the context of redemocratization of the country and of rebuilding our rights”, he added.

The symbolic act takes place at a time of extreme violence against the poor and black population in Rio de Janeiro. There were 39 massacres with 178 deaths carried out by the police in just one year of governor Cláudio Castro (PL) administration, according to a survey by the Fogo Cruzado Institute with the Study Group on New Illegalisms of the Fluminense Federal University (Geni-UFF).

:: Researchers explain why massacres like the one in Penha are not effective in fighting crime ::

At the opening of the act, in Arcos da Lapa, in the state capital, Jessy Dayane, from the National Coordination of Levante, also recalled the threats against black parliamentarians. “Black deputies and councilors have to spend all their time defending their lives, thinking about their safety, and they can’t focus on political proposals to change people’s lives. That’s what they want: to take our lives, take us out of politics. ”, he pointed out.

Present at the act were state deputy Renata Souza (PSOL), herself a victim of threats on a social network at the end of 2020, and councilor Thais Ferreira (PSOL). 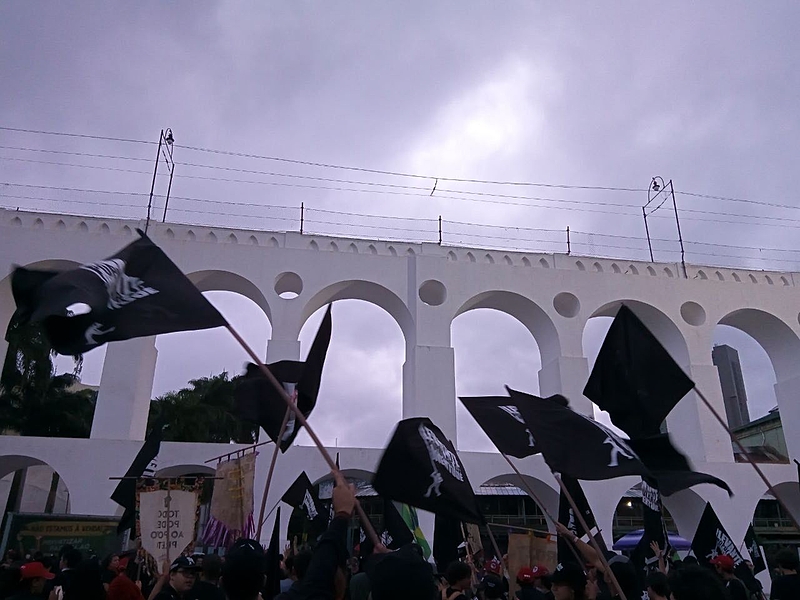 The protest is part of the National Meeting of the Popular Youth Uprising, which takes place until June 19, at the Fluminense Federal University (UFF) and has the participation of 1,200 young activists from the organization from different states of the country. This is the first national meeting since the beginning of the pandemic and celebrates the organization’s 10 years.

Ceará: find out who are the deputies elected to the Legislative Assembly

After counting, PT maintain optimism for the 2nd round: “It will be a pleasure to win him again”

The Legion of Freedom is rapidly replenished with volunteers - Arestovich