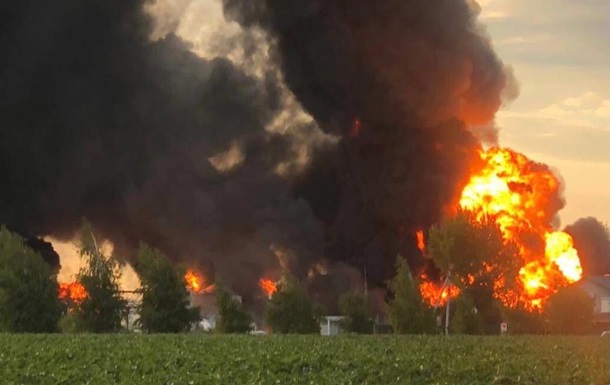 The number of victims of an enemy missile attack on the Novomoskovsk region has reached 13 people.

As a result of a fire at an oil depot in the Novomoskovsk region, which was hit by an enemy the day before, a tank with fuel exploded. One person died and two others were injured informed head of the Dnepropetrovsk OVA Valentin Reznichenko on Sunday morning, June 19.

“A fuel tank has just exploded in the Novomoskovsky district. There, rescuers have been fighting for 14 hours to fight the fire caused by an enemy missile attack. One rescuer died, two were hospitalized with burns,” Reznichenko said.

He noted that a total of 13 people were injured as a result of this attack, one was killed.

Earlier it was reported that as a result of rocket fire from Russian invaders, an oil depot in the Novomoskovsky district of Dnepropetrovsk region was destroyed.

And this morning explosions were heard in Kyiv and the capital region. The reason for this was the work of air defense on an enemy air object.

A city in the Sumy region came under mortar fire