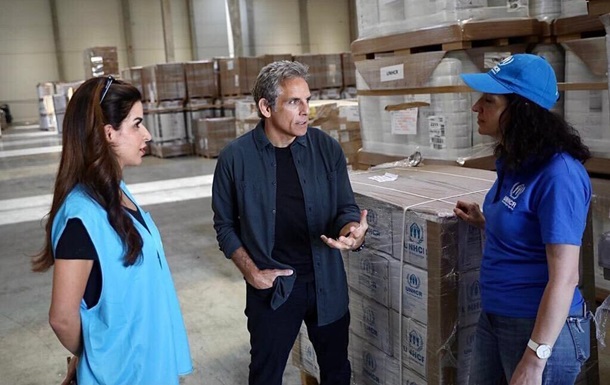 The day before, Ben Stiller, as UN Goodwill Ambassador, arrived at the Polish-Ukrainian border to meet with refugees.

Famous Hollywood actor Ben Stiller was locked in the center of Lviv on Saturday, June 18th. Video from the scene was made public on TikTok.

“It’s nice that people make this public and come to help with their own hands,” wrote the author of the video, which shows Stiller walking along the central square of Lviv near the monument to Taras Shevchenko and talking on the phone.

The day before, the Office of the UN High Commissioner for Refugees announced on Twitter that Ben Stiller, as a UN Goodwill Ambassador, arrived at the border to meet with Ukrainian refugees.

“UNHCR Goodwill Ambassador Ben Stiller is on the border with Ukraine today to meet families whose lives have been torn apart by war and violence, share stories about the impact of war on people, and amplify calls for solidarity,” the message reads.

The actor himself also announced on Twitter that he had arrived in Poland. The details of his visit to Lviv are still unknown.

It’s nice that people make this public and come to help on their own, somehow uncomfortable

Recall that on April 30 and May 1, Hollywood superstar Angelina Jolie was on a visit to Ukraine. In Lviv, she visited a hospital where children injured by shelling and explosions are treated, a center for children and youth with disabilities, talked to the families of evacuees and volunteers.

The unexpected arrival of Jolie caused a stir in Russia. The Ministry of Foreign Affairs of the aggressor country also reacted to this event.


Social networks react with memes to Jolie’s visit to Lviv

A city in the Sumy region came under mortar fire

EU will be able to cancel Ukraine's candidacy - media