Commanders of Azov were taken to Russia – media 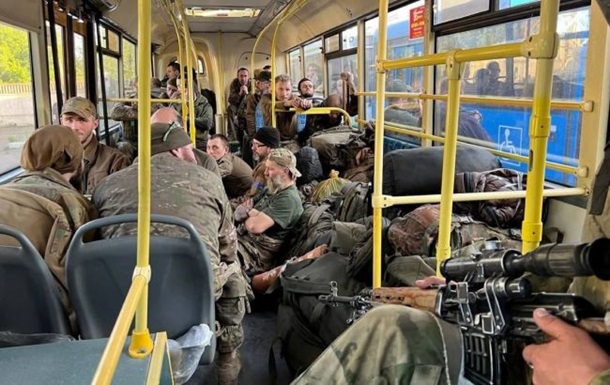 The exit of the defenders of Mariupol to the occupied territories was a forced step for salvation, which did not guarantee them either security or freedom.

Commanders of the regiment of the National Guard Azov taken to the territory of the Russian Federation for allegedly carrying out “investigative actions”. About this on Saturday, June 18, writes TASS citing own sources.

According to media reports, in particular, we are talking about the deputy commander of the regiment Azov Svyatoslav Palamar and the commander of the 36th Marine Brigade of the Armed Forces of Ukraine Sergey Volynsky.

According to a source in law enforcement agencies, other officers from various Ukrainian units were brought along with them. In what region of the Russian Federation they were taken away is not specified.

At the same time, the Kremlin mouthpieces note that the defenders of Mariupol “surrendered”, which is not true.

Earlier, NSDC Secretary Oleksiy Danilov stated that most of the Ukrainian military evacuated from Mariupol are in the occupied territory of the Donetsk region.

Recall, the commander of the regiment of the National Guard Azov Denis Prokopenko transferred his duties to Major Nikita Nadtochiy.