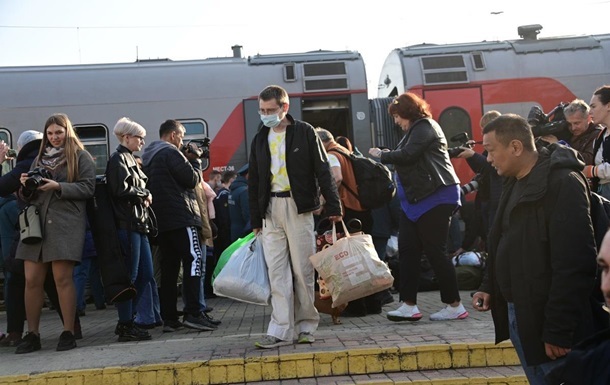 Over the past 24 hours alone, the invaders evacuated almost 30,000 people from Ukraine, including 3,502 children.

Since the beginning of the full-scale invasion of Ukraine, more than 300,000 children have been illegally taken to Russia. Such data was published by the head of the National Defense Control Center of the Russian Federation Mikhail Mizintsev, said the day before. Interfax.

Over the past 24 hours alone, the invaders took 29,733 people, including 3,502 children, from Ukraine and the territories occupied by the LPR/DNR.

In total, since the beginning of the war against Ukraine, according to the statement of the Russian Ministry of Defense, Russia has deported 1,936,911 Ukrainians, of which 307,423 are children.

At the same time, Mizintsev claims that the Russian database allegedly contains over 2.7 million applications from those wishing to move to Russia from more than 2,000 settlements in Ukraine.

Earlier it was reported that thousands of Ukrainians go through filtration camps, after which they are sent to the Russian Federation as part of a systematic program of forced eviction. Usually Ukrainians are sent to economically depressed areas thousands of kilometers from their homeland.


Lithuania recognized forced export of Ukrainians to Russia as deportation

Near Kyiv, air defense was used against an enemy air object

Second round of parliamentary elections begins in France