Second round of parliamentary elections begins in France 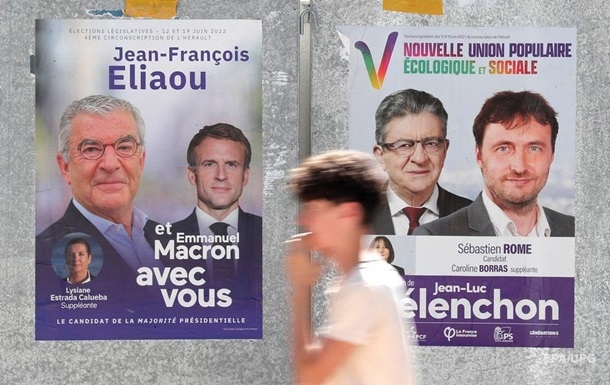 In major French cities, polling stations will be open until 20:00

As a result of the second round, the presidential coalition may lose its absolute majority in the lower house of parliament.

In France, polling stations opened at 8 am for the second round of parliamentary elections. This is reported BFM TV on Sunday, June 19.

More than 40 million voters are invited to the polls to elect 577 future deputies of the National Assembly.

Unlike the presidential elections, the polling stations in the parliamentary elections will mostly close at 18:00. Some sections, including those in large cities, will work until 20:00. This also applies to Paris.

Until the closing of the last polling station at 20:00, preliminary results cannot be reported. Then the first results of the exit polls will be broadcast. The Ministry of Internal Affairs will announce the first official results in the evening after receiving data from polling stations.

Recall, on June 12, the first round of parliamentary elections was held in France. Then the first place was taken by the pro-presidential coalition Together (25.75% of the vote). She managed to minimally outperform the New People’s Ecological and Social Union led by the left-wing populist Jean-Luc Mélenchon (25.66%). Third place with a score of 18.68% of the vote was taken by the Marine Le Pen National Association. The turnout in the first round was a record low 47.5%.

The latest polls show that in the second round, the presidential coalition may lose its absolute majority in the lower house of parliament.

Deputies of the National Assembly are elected by direct universal suffrage according to the majoritarian system. Their term of office is five years.