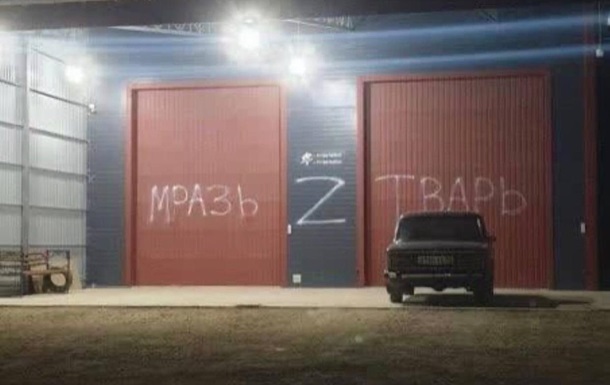 The occupiers thus decided to force the owner of the car service to respect the “great power”.

In the occupied Crimea, they decided to demolish a car service that refused to service the equipment of the Russian military. RIA Novosti writes about this with reference to the “head of the Crimean parliament” Vladimir Konstantinov on June 19.

“The issue with the owner of the service station, which refused to help our servicemen, has been put to an end. After checking, it turned out that the car service is an illegal building. He uses the benefits of a citizen of a “great power” – let him live by the law. He may not love our power – you won’t be forced to be nice. You have to respect her,” he said.

The representative of the occupying power also called the incident a “good lesson” for the owner of the car service, advised him not to stand “across Russia” and move to the unoccupied territory of Ukraine.

In Crimea, they tried to set fire to the recruiting office – media

Earlier, Major General of the Armed Forces of Ukraine Dmitry Marchenko, who led the defense of the Nikolaev region, said that after receiving the weapon promised by the West, a blow would be struck on the Kerch bridge.

It should be noted that, according to the head of the Main Intelligence Directorate of the Ministry of Defense, Kirill Budanov, the Armed Forces of Ukraine should at least enter the territory of the occupied Crimea by the end of 2022.

The invaders are suffering serious losses. Summary of the General Staff