Zelensky published a photo of hospitals near the front line 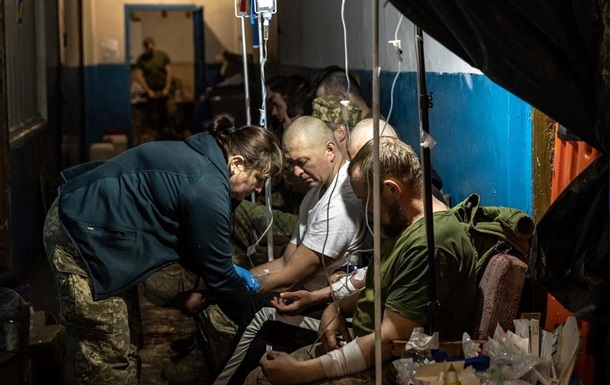 The day before, the president visited the Nikolaev region, visited Nikolaev himself, as well as the Odessa region.

On June 19, President Volodymyr Zelensky congratulated doctors on their professional holiday and posted on his social networks photos from hospitals that receive military and civilian victims during the full-scale invasion of Russia.

“Dedicated to their work, they show heroism, saving people’s lives. Every day, in the most difficult conditions,” Zelensky wrote about Ukrainian doctors.

The day before, Zelensky visited the front line in the Nikolaev region, visited Nikolaev himself, as well as the Odessa region.

On the way back on the train, he wrote down an appeal in which he promised not to give the south of the country to the invaders and to return the territories over which he had lost control.

Zelensky also published an appeal in connection with Father’s Day, celebrated on Sunday in many Western countries.

The military of the Russian Federation, who fired at the hospital in Trostyanets, was identified

“Being a father is a great responsibility and great happiness. It is strength, wisdom, motivation to move forward and not give up. And no matter how hard it is, to protect and protect the most valuable thing. The future of your family, your children, and therefore the whole of Ukraine” , – he said.

The MTR told how Severodonetsk is being held